Laura Dibb, Head of Communications at the Cystic Fibrosis Trust reveals how they successfully campaigned for access to lifesaving CF drugs. 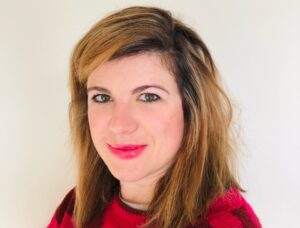 Cystic fibrosis is a genetic condition, affecting a relatively small number of people in the UK (around 10,600) and after four years of campaigning, two lifesaving drugs were still not available on the NHS. To keep the campaign momentum and ensure it was a high on the political and public agenda, we were acutely aware that we needed to communicate a narrative that was broader than just cystic fibrosis. To do this, the communications team collaborated with clinical colleagues, our chief executive and internal policy and public affairs teams and decided to focus our communications and press stories on the four year wait for the lifesaving cystic fibrosis drugs – Orkambi and Symkevi. We wanted to lead with the key principles that would resonate with the public – the injustice of a four year wait for drugs that could treat the root cause of the disease – saving thousands of lives. We used case studies to make people connect with this story and create empathy – rather than tune out because it will never happen to them.

We also chose to highlight the fact that, denied access to CF drugs was part of a wider problem for rarer conditions – as proving affordability of drugs in line with quality of life gained is out of sync with how the cost of drugs for these diseases are calculated.

Added to these key narratives we created PR moments during the campaign including arranging and inviting journalists to demonstrations at Westminster, a letter signed by over 100 people with CF handed in to number 10 and holding protests outside the pharmaceutical company Vertex’s offices in Paddington. These tactics were chosen to put pressure on all parties to reach a deal and end the injustice.

As the campaign progressed the angles we chose needed to be flexible, and leading up to the deals being secured in Scotland, England, Ireland and Wales our focus shifted.

For example, in July 2019 we faced a significant bump in the road with the Scottish Medical Consortium not recommending Orkambi and Symkevi to be available. This was a shock, and we were aware how disappointed and angry our community would be. The decision was publicly announced at 2pm, and we proactively placed the Trust’s chief executive David Ramsden on BBC News Channel to respond immediately to the news, as well as releasing our response by video to our community. Considering the disappointing news, we recognised the need for an action the community could be part of. We swiftly created the concept of a protest outside Vertex’s office in London in the coming weeks and announced this as part of our response.

A few weeks later came the news we had been campaigning for with a managed access deal secured in Scotland – 12 September 2019. While this was great news, and we welcomed this announcement. We could not relax our call, urging for immediate access for the rest of the UK.

The four-year campaign, successfully resulted in deals for all nations between August and October 2019. From December 2019, those eligible began receiving their packets of Orkambi and Symkevi and was a life changing moment.

Were there any challenges in terms of timing or logistics?
The situation was dynamic and changed very quickly. Negotiations with the three parties – NHS England, Vertex and NICE – broke down several times during the 4-year period or were held at very last minute and we had to navigate between all three. The situation was also unfolding at the same time as the Brexit withdrawal negotiations so we had to do all we could to keep the issue high up on the political agenda. The political agenda was squeezed – not leaving much room for non-Brexit related issues. As such, we had to ensure we used innovative tactics to get media attention.

Key moments
March 2019 – demonstration outside the Churchill memorial, Westminster. All campaigners were invited for a 2-hour slot, along with national press. A diary note was issued to invite media and a press release crafted calling for all 3 parties to reach a deal. This created a key media and political component of the campaign and notably, MP Sarah Wolloston, chair of the Health and Social Select committee attended. This tied in with the select Health and Social Select committee enquiry held on the same day.

In May 2019, marking a year since, PM Theresa May had called for a ‘speedy resolution’ for access to live saving cystic fibrosis drugs in parliament the Trust arranged for a letter – signed by over 100 campaigners – to be handed into number 10 Downing Street. Zoey, a mother with a one-year old daughter with CF, handed the letter in alongside a bunch of yellow roses wrapped in letters written from children asking the government to give access to the lifesaving drugs. Alongside Zoey, we also provided several case studies for interview – this resulted in both a Channel 4 News and ITV piece.

We worked hand in glove with the cystic fibrosis community and are thrilled to receive an award acknowledging all our work – and especially delighted to gain recognition for our PR work from journalists. It was a hard-fought campaign and we are delighted by the outcome, and in testament to the campaign, the game changing drug – Kaftrio – was approved for use on the NHS last year as soon as it was licensed.