Philippa Cahill of M&F Health: Crafting the story behind the headline 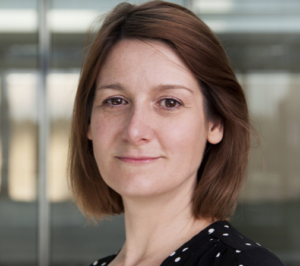 Mycoplasma Genitalium (Mgen) is a little known, but very common sexually transmitted infection (STI) which affects one in 100 people. It is largely asymptomatic, and yet if left untreated it can lead to serious complications such as pelvic inflammatory disease (an infection of the female reproduction organs which can cause infertility).

Our client, the British Association of Sexual Health and HIV (BASHH) was due to launch the first UK specific Mgen guidelines. They asked us to secure coverage of the guidelines in the media, helping to raise awareness of the importance of Mgen testing and treatment.

While the story of the launch of the guidelines was certainly ‘worthy’, it wasn’t exactly ‘newsworthy’. We knew it wasn’t destined to gain national consumer media coverage without some story shaping. STIs such as gonorrhoea and chlamydia were receiving far more attention in the media and Mgen was relatively unknown.

We set about gathering evidence that Mgen testing and treatment practices needed to change urgently. We surveyed sexual health consultants and issued a Freedom of Information request to healthcare commissioners. This revealed that Mgen was not being appropriately diagnosed nor treated in the UK – due to a lack of awareness and budgetary constraints.

Our story was coming together, and we were able to work with expert spokespeople to make the assertion that if things didn’t change, Mgen would become a ‘superbug’ putting female fertility at risk.

We asked our experts to put figures and scale to the likely infertility problem, and to define the timeframe in which Mgen would become a superbug, in order to give journalists specifics to report on. Our experts reinforced how the new guidelines were critical in helping to create positive change. 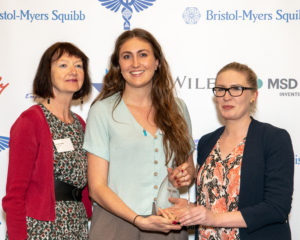 We provided the story under embargo allowing journalists enough time to source case studies if required, and we utilised other hooks to meet the needs of specific journalists, and referred to recent news on the first ever case of “super-Gonorrhoea” being reported in the UK, emphasising that Mgen was lesser known but more common.

This perfectly crafted story saturated the UK media. In-depth interviews with spokespeople took place on Radio 4’s Woman’s Hour and World at One. The story was also featured in news bulletins on the Victoria Derbyshire show, BBC News 24, CNN.com & the Today programme.

In depth articles and news bulletins were published across a variety of print and online national news media, including The Times, the Daily Mail, the Daily Telegraph, the Independent, The Sun, The Guardian, the Evening Standard, the Metro, i News and BBC News.

Stories were secured in top tier medical journals including the The Lancet and BMJ, and the New Scientist wrote a story on the article.

An interview with the author of the guidelines was syndicated to 122 UK radio stations and a number of lifestyle magazines (including Women’s Health and Cosmopolitan) published features giving advice on symptoms, testing and treatment.

The story even reached beyond the UK, achieving coverage in Australia, Brazil and the USA! In total, 226 pieces of coverage appeared in total, reaching more than 973 million worldwide.

The Mgen campaign was one of many stand out M&F Health media campaigns in 2018, but we decided to enter it for the MJA award because it demonstrated the value of going through that process of painstakingly crafting a story to meet the needs of journalists.

We enjoy the process of taking something that at first glance is not newsworthy and creating a news package around it, ensuring we capture attention, but without losing the serious message at the heart of the story. It can be a delicate balancing act, creating the scope for startling headlines, but avoiding sensationalising, and it is important to get it right.

It’s wonderful to receive recognition in the form of awards. 2019 has been a remarkable year for M&F Health with multiple awards coming our way. This award is particularly special because it is judged by journalists, so it absolutely demonstrates our credentials as an agency that prioritises media results, and knows how to deliver them.