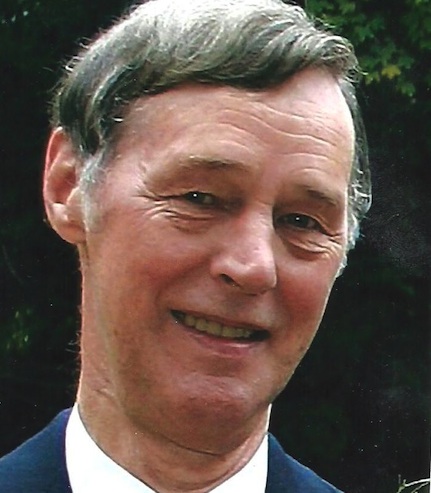 Tributes to Les Toulson of The Sun

Leslie (Les) Toulson, former medical and science correspondent of The Sun, died in hospital earlier this month. He was 73. Recollections of Les from former colleagues (and, incidentally, former chairs of the MJA) who knew him in Fleet Street are now posted on the MJA website. Please will any other MJA member who knew and recalls Les add their contributions on the website and we will try to publish these in the next issue of MJA News. Any one with better pictures of Les please send them too.

Les leaves a widow, Angela (Angie), a son, David, and a daughter, Jacqueline. His funeral will be held at Woking Crematorium on Monday, November 26. Angie says asks that there be only family flowers at the funeral, but if anyone wants to make a donation to either the St John Ambulance or Cancer Research UK in memory of Les, these should be sent c/o the funeral directors: Lodge Bros, 7 Windsor Street, Chertsey, KT16 8AY. She also says that former colleagues are welcome at the family house, 12 Moorfields Close, Staines, TW18 3LU (tel. 01784.451896) after the funeral.

The sudden death of LesToulson comes as a heavy blow to his contemporaries. A tough and resilient member of the old school of print journalism, he seemed to me indestructible. I don’t use superlatives lightly but I consider Les was a brilliant journalist. Not only was he intellectually able to keep pace with scientific developments but he had that wonderful gift of finding a story where none apparently existed.

Socially, Les was immensely popular. Like his Daily Mirror colleague, the late Ronnie Bedford, he was able to entertain with jazz and swing on the piano and often did so at BMA press parties. He also had a very sophisticated sense of humour that came in useful during the tedious waiting that the medical press corps had to endure at some conferences.

How did such an intelligent man cope with what many would describe as the trivial nature of The Sun? He made a wonderful joke of it, of course. Displayed in a prominent position at his home in Staines was the metal page from the paper that produced that unforgettable headline: ‘Freddy Starr ate my hamster’.

Les was one of the fastest writers in Fleet Street, able to turn out crisp, crackling copy in minutes which subs could only struggle to improve. He did his best to keep The Sun on the ethical straight and narrow as he juggled stories on The Pill, under-age sex, heart transplants and space flight.

Born in Grantham, Les started his journalistic career on the Lincolnshire Echo,moving later to the former Nottongham Evening Post. In 1964 her joined the old Sun in Manchester, eventually  eventually transferring to The Sun in London when it re-launched. He left the paper at 49 to freelance for newspapers and magazines.

He was one of nature’s born entertainers, a talented piano and accordion player, who enlivened any company with his ready wit and inexhaustible fund of jokes

He was resourceful, too. Door-stepping colleagues, trying to get a quote on a hot topic from the Chinese legation in London, were dumbfounded when Les alone was allowed into the building. His trick was to stand on the doorstep beaming and saying ‘Ying tong ying tong ying tong iddle I po’ (lyrics from a Goons’ song) and other oriental-sounding nonsense.

‘Surprisingly, they invited him in and sent for various people to see if they could understand his particular Chinese language,’ said Clare Dover, who was there. ‘Les helped out with: “Speaky Inglis, too”.’ Eventually, the Chinese brought out a higher- ranking official.  And Les got a major scoop.

He could also demonstrate the compassionate face of journalism. In the bar at a conference on Love and Attraction, a troubled young hospital doctor suddenly blurted out to a small knot of psychologists his shame at his own night-time behaviour. He engaged in gay-sex encounters on Hampstead Heath. Except that his bar companions were not psychologists.

His face turned ashen as they explained that two were from The Sun and the London Evening News and the other was a national freelance. He remained doubtful as Les and colleagues assured him they would not use the story. And they didn’t.

Please feel free to stories and tributes to Les below.