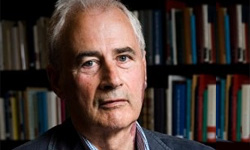 Executive Committee decisions often involve lengthy debate and deliberation — but not our recent one to offer Dr Oliver Gillie a Lifetime Achievement Award. There was enthusiastic and unanimous agreement that we recognise Oliver’s lifelong commitment to the advancement of communication in science and medicine and in particular in the area of Vitamin D. Pioneering is an often overused adjective when attached to advances and achievements, but there is no other word which so fittingly describes Oliver’s determination to highlight the importance of vitamin D and the risk of long-term deficiency and insufficiency.

The fact that so many of our members have written about vitamin D, and so many commissioning editors are still keen to hear more, is largely down to Oliver’s writing and campaigning on the issue. This also makes him well qualified to be added to the roll of honour of previous recipients of this occasional award: Michael O’Donnell, former editor of World Medicine; the late MJA founder-member Ronnie Bedford, OBE, science reporter for untold years on the Daily Mirror; the late Claire Rayner, OBE, doyenne of agony aunts and latterly health campaigner, and the polymath comedian, opera-director and medical educator, Professor Jonathan Miller.

His achievements in the media are almost too numerous to mention, but highlights must include terms as medical correspondent of The Sunday Times, and medical editor and later special correspondent of The Independent; the 17 awards for journalism and campaigning including MJA health champion of the year 2009, British Science Writer of the year (twice), and British National Press Awards (four times); your work with the Health Research Forum; and of course, your stalwart, his wise and devoted contribution to the MJA as Chair, committee member and supportive friend to all.

The award will be presented at the AGM on October 3.

Dear Victoria, I want to thank you and your committee properly in writing for the wonderful lifetime achievement award. We have spoken of course, but words do not seem to be enough and I want your committee to know how much this means to me. I felt quite overwhelmed emotionally by your award. Recognition from one’s peers is so rewarding as well as being an important additionto9 credibility. I have worked for some 12 years on researching, writing about and promoting vitamin D. I had no idea I was going to spend so much time on it and do so much work which has produced no net income. I am very grateful to my wife, Jan Thompson, for accepting my lack of productivity. And when you become so absorbed by one story friends and family understandably get bored hearing about it. It is difficult not to think sometimes that the obsession may have become clinical. So it is very reassuring to be given this lifetime achievement award which encourages me to believe I have not gone bonkers over vitamin D – or been touched by the sun, as some might put it. Thinking about it all I recognise that as medical journalists we are all pioneers endeavouring, by and large, to help people – not just by explaining but also by advising. So we are easily sucked into situations that take up masses of our time with no financial reward. How we can ever be repaid for this time I do not know. But I guess we wouldn’t be doing it if we did not find it  rewarding. Recognition of colleagues is an important reward and so I very much support your awards. With very best wishes  Oliver