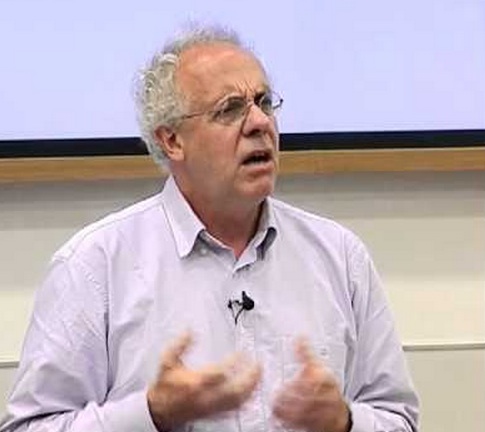 Does privatisation deliver the Apple technology with John Lewis service, or is the reality more Microsoft and Ryanair? That was the question million pound MJA member Sue Lyon put to Richard Smith as the former editor of the BMJ tried to persuade members of the Medical Journalists’ Association that, ‘the private sector can only be good for the NHS.’

After unexplained kidney failure in her twenties, Sue received a donor kidney and calculates she has received more than £1million of care, courtesy of the NHS — but says some of the poorest has been delivered by privatised providers.

That is also the view of  Clive Peedell, the clinical oncologist and co-founder of the National Health Action Party who is standing against David Cameron in Witney to save the NHS. He believes markets and the use of private providers in healthcare can only increase costs and reduce the quality of care.

Despite a spirited defence from Richard, members of the MJA agreed with Clive, voting 3 to 1 to reject the motion during at our Annual General Meeting.

Here, both speakers set out their case.

Richard Smith: privatisation is a plus

The British public wants the NHS to continue to cover everybody, be free at the point of care, and provide equal quality of care for all. Severe financial constraints mean that these fundamental values are threatened, but the private sector can help sustain them. It can do so by continuing its present contribution, helping with the workload, bringing new skills, and contributing to competition. 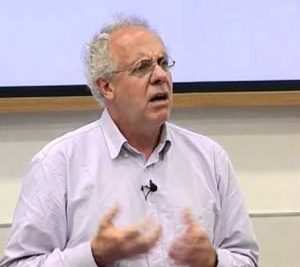 Most general practices are in the private sector but see only NHS patients. This has been the case since the beginning of the NHS. Nobody doubts that general practice has been a good thing for the NHS, although the inverse care law—which says that those who need care the most get the least—is more true of general than hospital practice.(1) General practice has also been highly variable in quality.(2) Private companies that expand beyond single practices, often owned and run by GPs, are bringing higher quality care to underserved areas and ensuring more consistent quality across practices.(3)

To sustain the NHS it will be necessary to provide more services in the community, and larger companies with a greater capacity to invest will be more able to do this than traditional practices. But most importantly the private sector can supply new products and services. For example, it was the private sector that supplied general practitioners with electronic records years ahead of them arriving in hospitals, and now Patients Know Best, a company founded by a doctor and of which I’m the chair, is linking together records from practices, hospitals, and mental health services and placing patients in charge of them.(4) This bottom up approach is succeeding where the top down, government controlled programme failed.

GPs are now in charge of commissioning, and the hope is that it will begin to work after 23 years of largely failing to deliver. Success will depend heavily on gathering high quality data and using it effectively. Private companies, including big American companies such as UnitedHealth, have much to offer in products and services. The NHS can benefit from the substantial investments made by these companies without having to make the investment itself. That’s one reason why 54 of the 80 contracts awarded by clinical commissioning groups (CCGs) in 2014 were to non-NHS providers.(5) The contracts covered diagnostics (19%), mental health (7%), and pharmacy (7%). Bexley CCG has outsourced non-invasive cardiac diagnostics to private companies and saved £1.3m over three years, improved patient satisfaction, and reduced waiting times from 18 to two weeks.(6)

CCGs can also share the risks of commissioning. For example, if a CCG is paying £Xm for a service it can contract with a private company to provide an equal or higher quality service for £0.9Xm; if it costs the private company more then it loses money, but if it can do it for less the company can keep the difference.

The private sector is supplying an increasing proportion of services, including those for general practice, acute care, mental health, and learning difficulties.7 The spend on non-NHS providers increased from £5.6bn (€7bn; $9bn, 2011-12 prices) in 2006 to £8.7bn in 2011-12. More than half of hip and knee replacements funded by the NHS are now done by the private sector,(7) and private sector results are slightly better.(8)

Simon Stevens, the chief executive of NHS England, pointed out in 2005 that the care of an NHS patient is “a subtle blend of inputs from labour, product and capital markets.”9 A woman with cancer “visits her GP (mostly private for-profit contractors) who refers her for surgery (in an NHS hospital built by a for-profit construction company). She then has radiotherapy (using a privately built and possibly privately owned machine). She receives chemotherapy (manufactured by a for-profit pharmaceutical company), collects a prescription (dispensed at a for-profit chemist), and is visited by a Macmillan nurse (supplied by a charity).”(9)

Successful organisations concentrate on their core business, which for hospitals means caring for patients. It thus makes sense to outsource catering, cleaning, and other non-core activities to the private sector. This has happened in many hospitals, and few propose reversing that process.

The presence of the private sector enhances competition. The King’s Fund reviewed the evidence on competition in the NHS and acknowledged that it is “contested.”(11) Generally the evidence on the internal market in the 1990s was that the “impact was limited because the incentives were too weak and the constraints too strong.”(11) It thus “had only limited impact,” but “the adverse consequences predicted by opponents of competition and choice had not materialised either.” The review observed that two econometric studies showed that death rates from myocardial infarction and other causes “fell more rapidly in hospitals located in more competitive markets.”(11)

The disruptive innovation that the NHS may need for survival is most likely to come from “new entrants,” who are usually in the private sector and increasingly from low income countries—for example, the surgeon and philanthropist Devi Shetty opening a hospital in England like his high volume, low cost hospital in Bangalore might dramatically reduce costs.(12)

Working with private companies rather than trying to exclude them will be important for sustaining the NHS, not just for now but for decades to come.

Over the past 30 years successive UK governments have pursued a public services agenda based on market competition, consumer choice, and increasing use of the private sector.(13) For the NHS, this started with Margaret Thatcher’s 1989 internal market, progressed with New Labour’s market based reforms, and culminated in the Health and Social Care Act 2012, which further opened up the NHS to external providers.(14) The big idea is that the injection of the private sector into the NHS will stimulate market competition to deliver lower costs, greater innovation, increased quality, and greater responsiveness to patients. But public funding of non-NHS provided care is by definition privatisation,(15) which is unpopular with the electorate. Politicians have therefore tried to justify this approach with the mantra, “It doesn’t matter who provides the service, as long as it is free at the point of use.” However, nothing could be further from the truth. 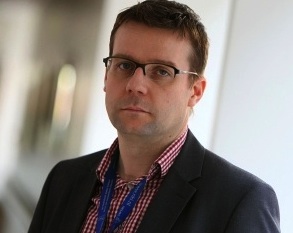 Market failure is an inherent problem in healthcare. Kenneth Arrow, widely acknowledged as the father of health economics, identified how “uncertainty” in healthcare, both in predicting demand for services and in “the efficacy of treatment,” could lead to market failure.(16) The fact that the evidence on price competition shows that it worsens the quality of patient care is a clear example of how serious the problem is.(17)

The transactional and complex nature of the healthcare market creates a burdensome and costly bureaucracy. Commercial contracts, accounting and legal services, commissioning support services, the commodification and coding of treatments, advertising and billing, along with the regulatory bodies required to oversee the market, drain billions of pounds from the NHS budget and away from frontline patient care. The parliamentary health select committee noted that the internal market increased the administration costs of the NHS from 5% to 14% of total NHS budget by 2005.(18) Currently, this would amount to about £10bn a year of the NHS budget, although more conservative estimates put the figure at £4.5bn.(19)

Another problem is that private firms are profit maximisers, not cost minimisers. Strategies that bolster profitability such as reducing staffing levels and adjusting skill mix often worsen efficiency and reduce quality of care.(20) Private sector “cherry picking” of profitable services can seriously destabilise the finances of NHS hospitals, which are left to manage less profitable and unprofitable services, reducing their ability to provide the full and comprehensive range of services to their local populations. Worse still, financial “failure regimens” mean that some hospitals are being forced to close, downgrade, or merge (as occurred with Lewisham and Greenwich NHS Trust), decimating local services, reducing patient choice, and destabilising local health economies. Some foundation trusts are responding to financial pressures by treating more private patients, risking the creation of a two-tier system in which those with health insurance can get access to NHS beds and jump NHS queues.(21) When profit margins fall, private companies exit from the market, such as when Concordia Health gave notice to pull out of a Kent medical practice this year. This leaves the NHS and the taxpayer to pick up the pieces.

Marketisation and privatisation also make it harder to integrate services because patients have different parts of their care delivered by different providers. Staff transfers or “poaching” from NHS hospitals to private hospitals risks diluting vital expertise. This can also drive up locum and agency costs.

Healthcare markets also promote “citizen consumerism,” when patients are encouraged to act like consumers through “patient choice” to stimulate market competition. But choice is possible only when there are other options and so it requires excess capacity in the system. Again, this is inefficient and wasteful in a single payer system like the NHS.

The use of private providers in the NHS has also created a “revolving doors” culture between private health firms, politicians, think tanks, management consultants, and Department of Health civil servants.(22) This gives the private sector greater influence over the policy making process, facilitating further privatisation.

Market theory rejects the existence of the public service ethos and sees medical professionalism as a barrier to the proper functioning of the market. Medical professionalism is undermined because relations between doctors and patients depend on trust rather than contractual obligations of the market. It is no surprise that the American medical profession lost public support faster than any other profession during the rapid commercialisation of the US healthcare system in the 1980s.(23) We should heed the words of the late Arnold Relman, former editor of the New England Journal of Medicine, who said: “The continued privatization of health care and the continued prevalence and intrusion of market forces in the practice of medicine will not only bankrupt the health care system, but also will inevitably undermine the ethical foundations of medical practice and dissolve the moral precepts that have historically defined the medical profession.”(24)

The argument supporting greater use of the private sector is entirely reliant on the private sector operating within a competitive market framework. However, since market failure is inherent in healthcare, it is not surprising that there is clear and consistent evidence that public funding of private care yields poor results.(2) Healthcare services require proper long term strategic planning in order to meet the healthcare needs of the population and should not be left to the destructive forces of the market and the private sector. We should abolish the market and return the NHS to a publicly funded, publicly provided, and publicly accountable health service.