Oliver Gillie: A lifetime of achievement 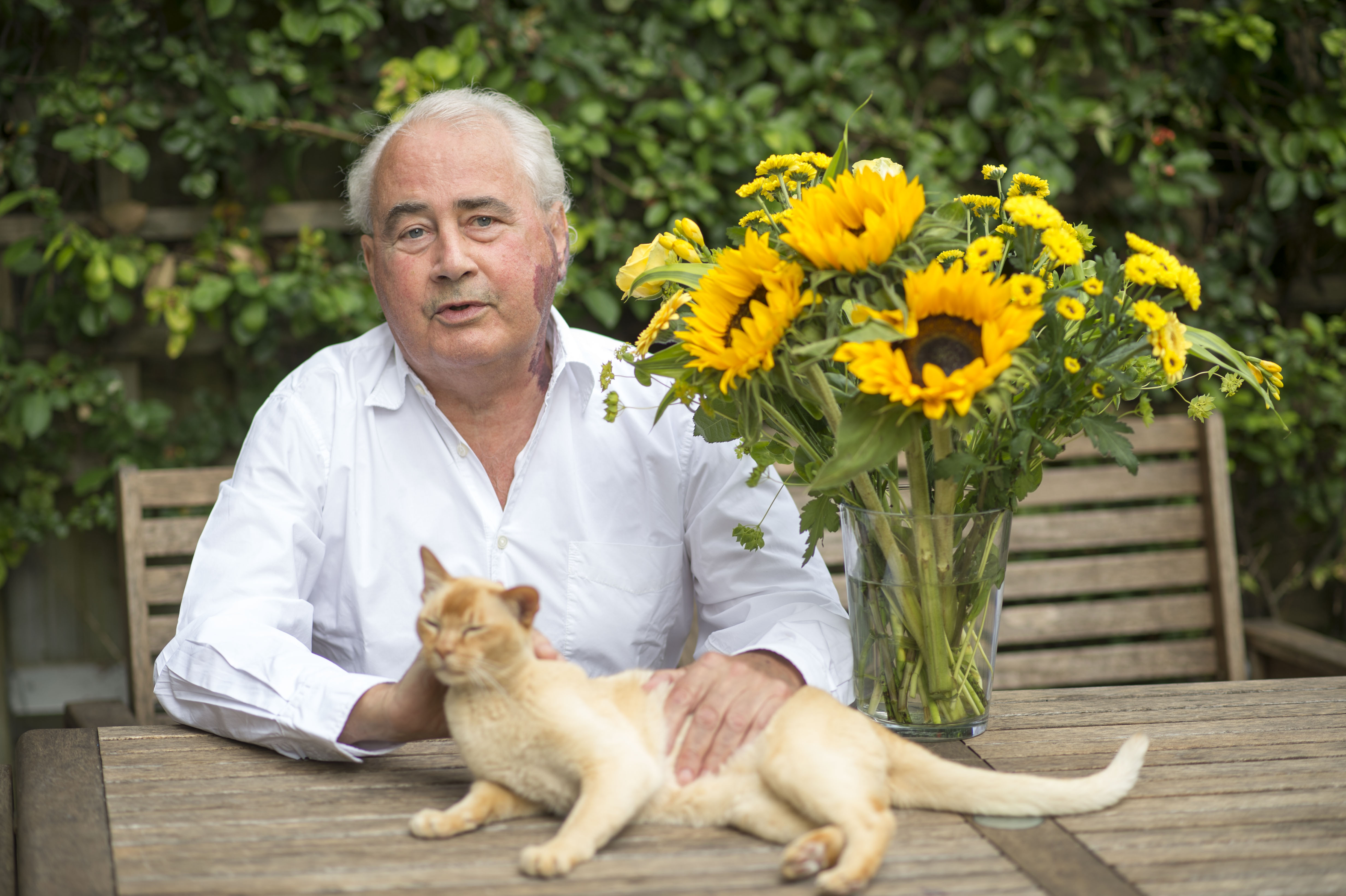 One of the highlights of the recent AGM was the presentation of our Lifetime Achievement award to Dr Oliver Gillie, and his speech in thanks. For those of you who couldn’t make the evening, here it is:

“Ladies and gentlemen, old friends. I want to thank you very much indeed for presenting me with your lifetime achievement award. I am deeply honoured.

“I addressed you as “old friends” because I have been a journalist now for almost 50 years and many of my friendships go back a long way. In China “old friends” is apparently a common form of address – you become an old friend in China after approximately five minutes. More than five minutes has passed since this meeting began and so already we are all old friends. 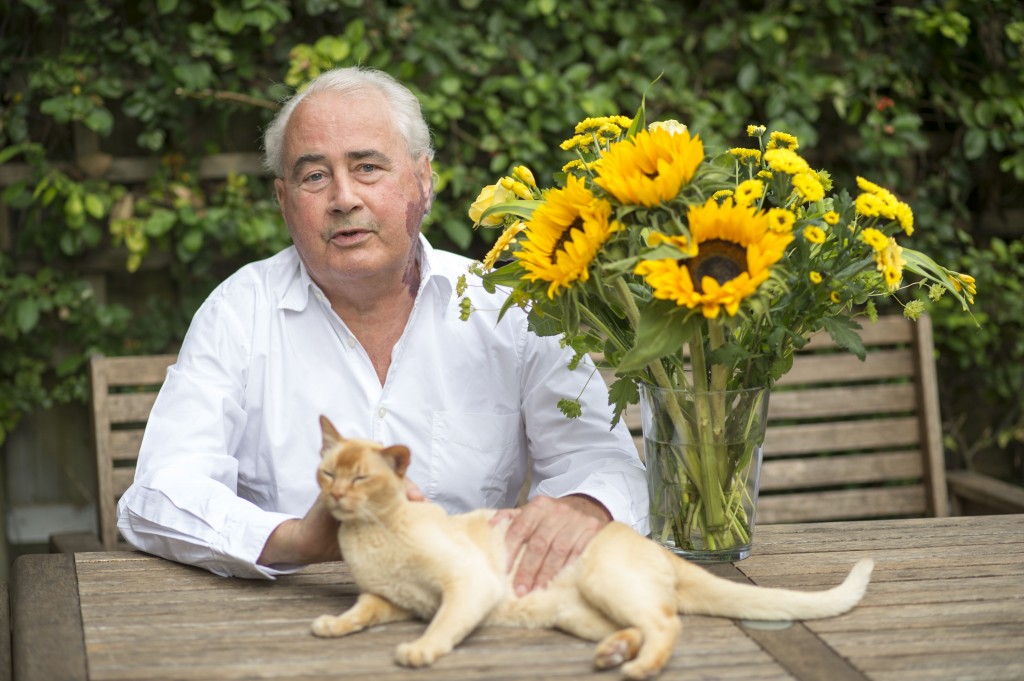 Oliver with the sunflowers which accompanied his invitation to accept our Lifetime Achievement awards. The cat is writer’s own. Photograph courtesy of The Telegraph

“Philippa told me that she thought I might be the first journalist to be given the title of “medical correspondent”. One of the first possibly. Today as health writers we have various titles but there are more of us now than ever before. When I started health was seen as a Woman’s subject, something apart from the serious matter of politics and events which were the major interest of newspapers.

“The invention of the Health page was a great step forward and one in which I was involved. The idea came from Andreas Whittam Smith, part owner and first editor of The Independent. He hoped that a Health page would attract classified advertising – he was wrong about that but the Health page was very successful as a new editorial concept. The Indie ate into the circulation of other newspapers when it started. And so other newspapers all decided they must have health pages too, many of them on a Tuesday, the day I had chosen for the Indie’s health page.

“The Indie Health page was successful because it featured original science and medical breakthroughs while using a personal style of reporting and writing with case histories. This style of reporting and writing was not new of course, but it was new to have a weekly page of health stories with this approach. Interestingly The Guardian launched a Health page which for months ran nothing but dull articles about health policy and NHS issues in which people only featured as numbers. It was a triumph of the intellectual over the interesting and showed what the problem was in getting an exciting Health Page started.

“There are influential people on newspapers, or there were, who look down on human stories and on stories illustrated with human case histories. Eventually someone at the Guardian realised how boring their abstract political approach was and they began to do more personal stories like everyone else. The Health page style is now best seen in The Daily Mail which has excelled in the art and made it its own.

“The Health pages provide us all with regular space and give us our bread and butter. And so as I accept this lifetime achievement award I would like to say perhaps I have earned it as a pioneer of the Health Page which provides us all with so much work. 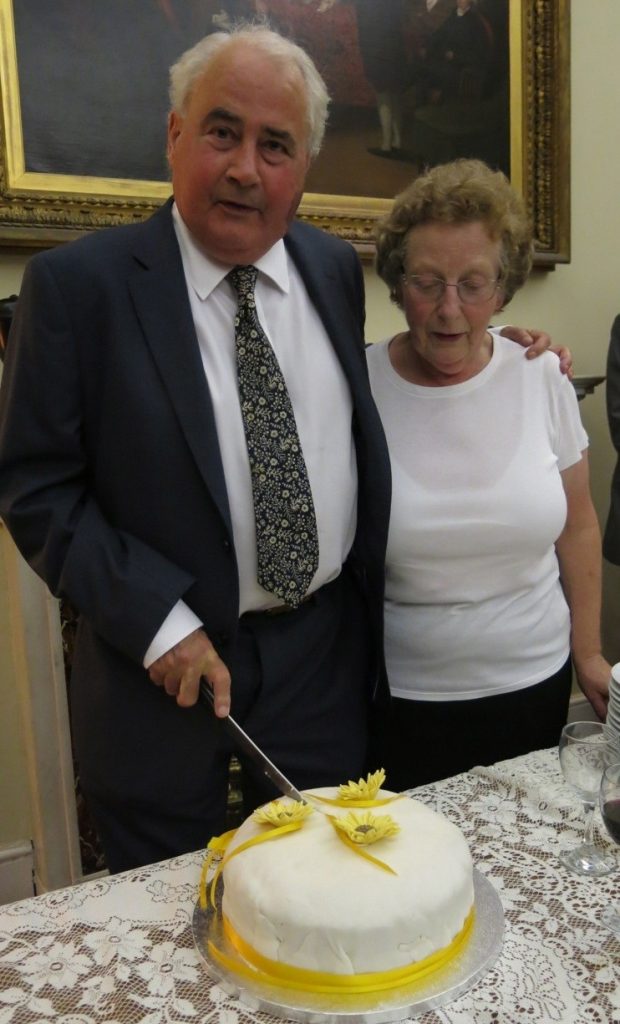 “It is almost 20 years now since I had a regular job on The Independent.  After I left I freelanced for some 10 years and so I know how difficult it is to make a living that way. Payment per word has not increased in some 50 years. About 12 years ago I became interested in vitamin D and since then my earnings have been negative. I want to say here how grateful I am to my wife, Jan Thompson, who has kept the family going with her earnings while I have become totally committed to campaigning on vitamin D and sunshine. Trying to tell doctors, scientists and the general public how important vitamin D is for health. I had no idea when I started that the subject of vitamin D and sunshine would absorb all my time everyday for more than 10 years. Helping charities and good causes is an occupational hazard for journalists, particularly health journalists.

“I have been successful in getting major publicity for vitamin D and sunshine and most people now know something about the issues. I think most of you here know that lack of sunshine is a major health risk. I predict that eventually it will be seen as being as important a risk factor as lack of exercise or smoking for overall health.

“However at present the general public are confused which is hardly surprising because doctors and scientists are confused about vitamin D and its role in health. Two academic teams published articles in The Lancet recently claiming that association of vitamin D deficiency with disease could all be accounted for by reverse causality – that is people who are sick do not get outside in the sun often and so have a low vitamin D level which is caused by their disease and is not the cause of the disease.

“The Lancet is the world’s best known medical journal. Nevertheless it has made a serious scientific error concerning clinical trials of vitamin D. The Lancet’s mistake is known to statisticians as type 2 error. A positive result in a clinical trial may suggest the cause of a disease, but a negative result in a clinical trial providing vitamin D to adults does not allow us to rule out vitamin D deficiency as a cause of their disease because vitamin D deficiency in the womb or in childhood may have been the crucial factor. This is the case in rickets and multiple sclerosis. I would like to tell you more but do not have time today. I have an article on this which will be published shortly in the journal Public Health Nutrition and when it comes out I will send copies to anyone who emails me.

“So what should we all do about vitamin D and what should we tell our readers. We have to say the dermatologists have been badly wrong in telling us to avoid sunshine. This is one of those terrible errors of medical advice like telling mothers to put their babies sleeping on their fronts – a position which increases the risk of choking and death. Sunshine is our most important source of vitamin D and if we avoid sunshine we make very little vitamin D and so are at greater risk of many diseases including infections. Dermatologists’ advice to avoid sunshine must have caused significant mortality. So be sure to get as much sun exposure as you can without burning and/or take a vitamin D tablet – about 4-5,000 ius a day does the job well.

“I could talk for much longer about vitamin D but I have said enough. I can send anyone who wants more information articles if you email me. My email address is: .

“Once more, I thank you my old friends for this very great honour – the lifetime achievement award.  It makes me very proud. Thank you for listening.”