My WalkActive Mantra in La Manga 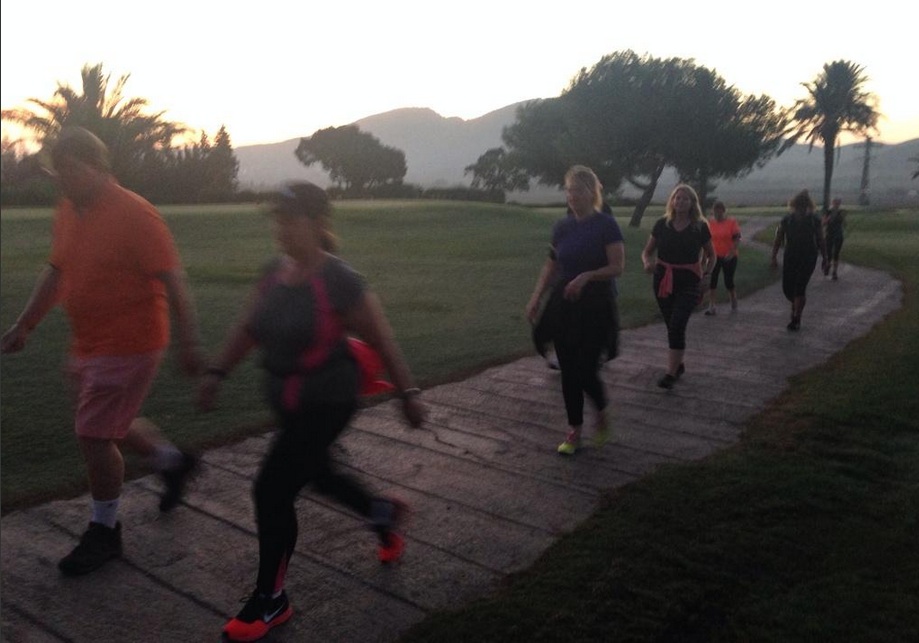 “It’s not a ballet pointe, it’s not a closed ankle, it’s an open ankle”.  As I repeated this mantra to myself I wondered how many Spanish women spent their holidays in English car parks  learning how to walk properly. For this is what I was doing in Spain, trudging up and down a piece of gravel wasteland, concentrating on my strides. I did however have a beautiful view of the Mediterranean sea  as I tried to ensure my foot was flexing, my hips were lifted, my shoulders were down and my stomach was doing something called an Ab-J.  All these instructions were part of the system of Walkactive, a very different way of moving that I was trying to learn over a four day break in La Manga, Spain. I was with a group of 12 women and one man who had all signed up for a Walk Active Camp run by the founder of the technique, Joanna Hall.  It was not a boot camp; nothing was compulsory and we were not shouted at or ridiculed for our inability to master the method quickly, or in my case for the failure of my feet to obey the instructions I was chanting.    But the camp did involve early morning starts with a 5km walk at 7am before breakfast. As it was still dark at that time it was even more important that we placed our feet on the ground correctly – for the first half hour our only light along the route came from the torch app on our phones.    On day one  I walked 30 thousand steps; below 5 thousand steps a day is considered sedentary, 10,000 steps is the usual target to increase fitness and lose weight, so the first day was a major achievement.  My poor feet certainly thought so. 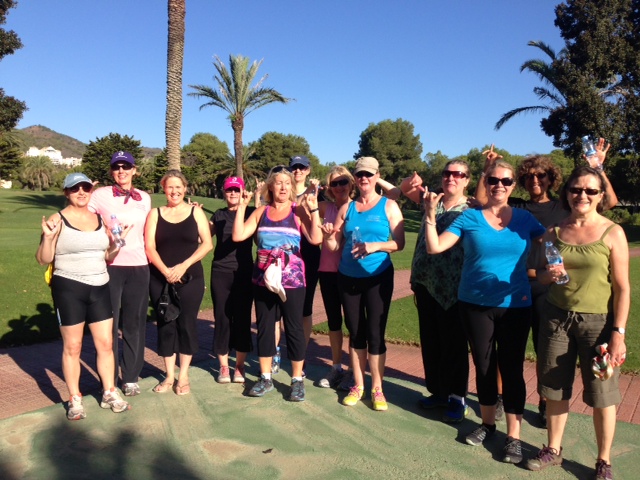 WalkActive is a completely different way of moving that involves rolling through the whole foot and pushing off from the toe in a forward direction – not upwards as many of us do when we try to walk fast.   Joanna told us the correct postural alignment, including the open ankle and lifted hips, meant the right muscles were used “in the right way, at the right time and in the right sequence”. She promises this technique, which has been scientifically verified by London’s Southbank University, will improve posture, reduce joint impact, increase fitness and  streamline the body, especially around the waist.  The Ab-Js also play their part in trimming the waist.  These are as difficult to describe as they are to perform: They involve scooping up from the pelvis, pulling the tummy muscles up as high as possible to the bust line, dropping the shoulders and then pushing the ribs down in a V shape.  Try doing all that and count to ten – and still breathe!  But I did eventually understand what to do, especially the pulsing exercise named the Great British Bake Off as it involved imagining our stomach muscles were in vats of flour and needed scooping inwards and up.   Bizarrely this visual image did actually work as we stood by the golf course in the sunshine. My usual Spanish lunches involve Vino blanco and a siesta.  Not on this trip though (well apart from the final day).  It was a healthy meal followed by either another walk, a technique class, yoga session, nutrition talk, or on the Saturday, a blissful massage. At the start of the weekend we were all measured and timed as we walked a 7 km route through roads of smart terracotta villas including one with a blue plaque in memory to Seve Ballesteros.  Indulging in property porn kept me going up the long hill at the start of the circuit; my leg muscles, especially my calves, really ached until they became used to this new way of walking.   The measurements and time trial were then repeated on the Monday morning to see how well we had progressed and to my delight I had lost three inches around my waist, hips and legs.  However  I did not walk much faster, only a minute and a half quicker than Friday.  This did not really  surprise me as I found myself near the back of the group on most of the walks, having never really mastered the accelerator technique that helped everyone else increase their speed. My gears seemed to be stuck in first, and despite my arm swinging, toe pushing, and allowing air between my legs, I could go no faster;  I am obviously a Fiat 500 rather than a Lambourghini.   I did find this dispiriting until I realised I was able to carry on walking for much longer than usual. Sunday’s 11km route up and down what I considered to be a  mountain was nowhere near as exhausting as I expected and I was really proud of myself for completing it.   There were aches and pains, and lots of blisters;  placing all of the foot on the floor and then peeling it off the ground meant using muscles that had never been fully mobilised before, but the nightly moans and groans and sharing of plasters helped unite the group, and the subsequent camaraderie and support encouraged us to finish the walks and master the methods.   I was with a bunch of journalist friends, (and fellow MJA members,) so we tended to talk non stop, and were teased by fellow walkers that we would move faster if we gossiped less. But for me the chatter kept me going, and being able to walk and talk makes this the perfect type of exercise;  rather than meet for a coffee and chat I now encourage my friends to go for a walk with me. 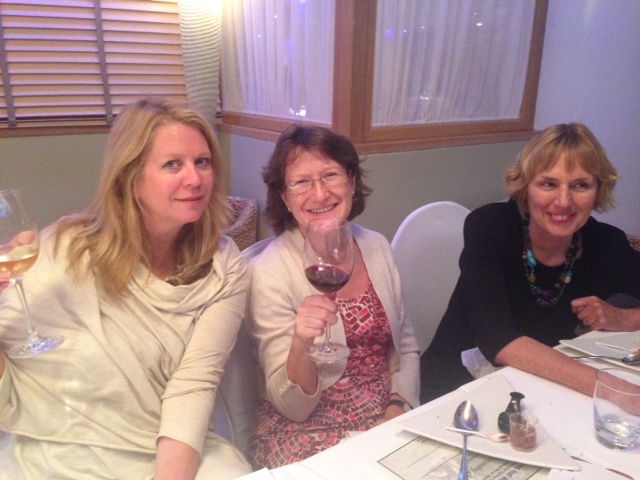 Since the weekend I have tried to ensure I WalkActive every day, even if it’s only to the train and around London.  Wearing a pedometer has encouraged me to go that little bit further, to try and walk 10 thousand steps a day, but sorry Joanna, I haven’t yet managed to complete 5km before breakfast. For more info on Walk active see http://www.joannahall.com