Paul Vaughan: the voice Horizon will be heard no more 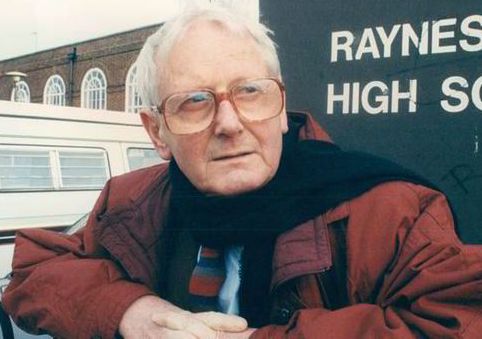 Paul Vaughan, founder member of the MJA, broadcaster and former BMA press officer has died aged 89. As chair of the steering committee, he presented the constitution at the association’s first AGM in 1967. He then became vice chair from 1967-71 and chair from 1971-73. Geoff Watts, who worked with him on World Medicine at this time, and later also at the BBC, provides a personal reminiscence. For more detail there is a link below to Irving Wardle’s obituary in the Guardian.

‘In the early 1970s Paul Vaughan was deputy editor of World Medicine, the long gone but not yet entirely forgotten doctors’ magazine edited in a mindset of well-ordered anarchy by writer, broadcaster, anecdotalist and ex-GP Michael O’Donnell. I joined the magazine as science editor. I overlapped with Paul by a couple of years, and when he left in 1973 I moved up to take over his job.

‘Among the magazine’s regular columns was one called Dr Jekyll and another called Mr Hyde. The former was written by Dr David Delvin who took a bawdy delight in demonstrating that the magazine’s highly-qualified and intellectually gifted readership had a taste for salacious knockabout humour. Paul, as Mr Hyde, took an entirely different approach, and one that perfectly complemented that of his fellow columnist. Using material drawn from within medicine and from without it, he honed the dry humour and acerbic wit he was later to use with delightful effect when he came to write his two volumes of autobiographical reminiscences. In these he describes how it was that an Oxford graduate in English and French had come to spend so much of his career in the company of doctors, scientists as well as those of us who chronicle and criticize their doings.

‘So, how did it come about? By chance really. Newly graduated, Vaughan needed a job – any job – and joined a small drug company. He stuck it out for five years before moving to the BMA as a press officer and, in due course, chief press officer. In Tony Thistlethwaite’s history of the MJA, Independent and Bloody Minded, he reports that as an ‘idealistic’ press officer Paul did not always see eye to eye with his masters, and when he left he did not go quietly: ‘The valedictory ticking off that he gave to the BMA council was recounted by members for years afterwards with affection, respect and glee.’ (BMJ Aug 1 1964 pp 1035)

‘Having learned the rudiments of the trade he used his considerable writing talents to forge a career in journalism. It was when he started to do radio interviews that his other asset, his voice, became apparent. While Paul could take no credit for the vocal cords with which nature had endowed him, he surely could for the way he used them. Radio programmes he presented included Science in Action on the World Service and New Worlds on Radio 4. And then, of course, there was Horizon, a TV programme he narrated regularly for almost two decades. The best producers of Paul’s era relied on the quality of their material to attract their audiences: material that was either interesting, important, or both. Paul’s voice seemed perfectly to embody that reliance. Never hectoring or overexcited, authoritative without sounding didactic, the warm and calm delivery engendered a feeling of intellectual and emotional nourishment. Certain advertisers realised this as well: ‘The future’s bright; the future’s Orange’.

I admired Paul enormously, but never found the opportunity to tell him so. In any case I think it would have embarrassed him. And what would I have said? ‘Paul, you do what you do really well,’ sounds feeble – but that’s what I felt.

When he was invited to join Radio 4’s Kaleidoscope it was partly on account of his presumed-knowledge of science. But the idea of an arts-science fusion never worked and it was dropped. Kaleidoscope became wholly an arts magazine with Paul as one of its regular presenters. It was the job he should always have had because literature and music (he played clarinet in the Wimbledon Symphony Orchestra) were where his heart lay. That, I think, accounts for the slight hint of detachment I always sensed in his encounters, journalistic and otherwise, with science and medicine. His head was in what he did so well, but not always his heart.

Presenting Kaleidoscope was a liberating experience. It was ended by an incoming controller of Radio 4 who woefully misunderstood the nature of the network and the tastes of its audience. The man disliked many of the existing magazine programmes and took a scythe to them. In 1998 Kaleidoscope was among the victims. So was Medicine Now, the long-running programme that I used to present. Shortly after the mass execution I had dinner with Paul and two or three other Kaleidoscope presenters. We indulged a shared bitterness, not so much over the demise of the programmes – editors have every right to edit – but over the duplicity and cowardice with which the decisions had been made and executed. For Paul it was the first time in two or three decades that he had no regular, ongoing link with the BBC.

It’s for his voice on Horizon that most people will remember Paul, but it should really be for the two volumes of autobiography: Something in Linoleum: a 30s education, and Exciting Times in the Accounts Department, published by Faber and Faber in 1994 and1995. Ironic that what must have brought him the most money for the least work were those six words for Orange.

For the Guardian obituary go to:
http://www.theguardian.com/tv-and-radio/2014/nov/26/paul-vaughan