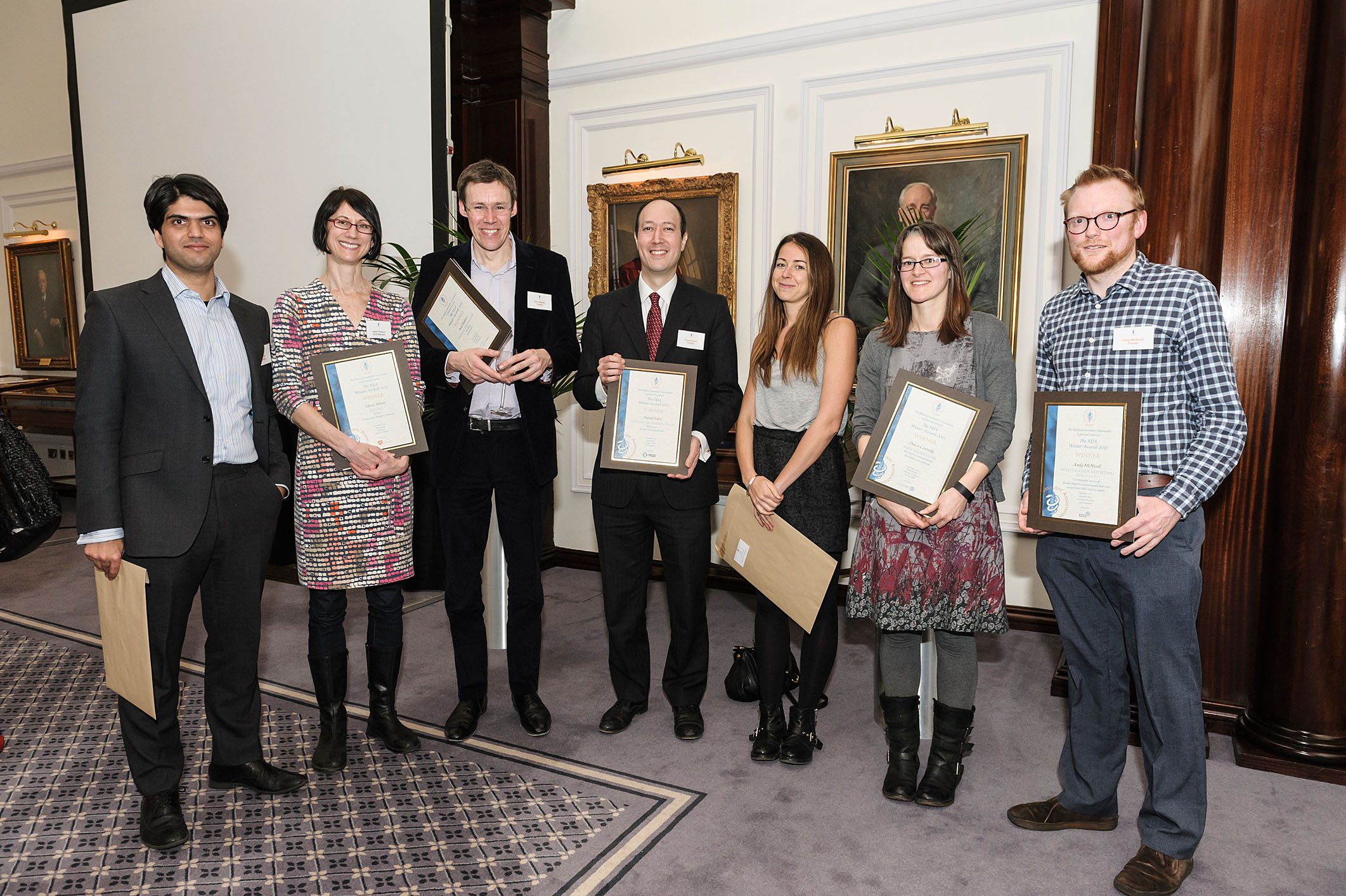 After a presentation from Tourette’s Hero Jess Thom which was full of surprises — for both Jess and her audience — the winners of the 2015 Winter Awards were announced in a standing-room only reception at BMA House. Each received a certificate and £750 prize 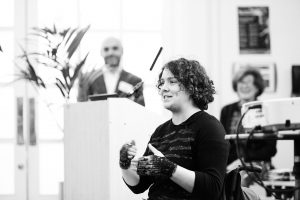 The Times won best Investigative Reporting (for a general audience) for Patients are ‘shunted like parcels’ in the night his expose on patient post — the cynical practice of moving hospital patients around wards to relieve pressure on beds. Louisa Stevenson made the presentation on behalf of sponsors, Lilly.

The prize for best Investigative Reporting for a specialist audience, which was sponsored by the BMA, went to Andy McNicol from CommunityCare.co.uk for his piece revealing that cuts in mental health beds are costing lives.

Kerri Smith from Nature won best Broadcast Feature for On a new type of ray. Anthony Vaughn presented the award on behalf of sponsors, Roche. 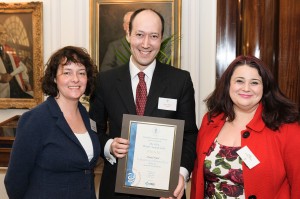 Daniel Sokol, winner of best Column or Opinion Piece photographed with judge Adele Waters (left) and Diane Wass who made the presentation on behalf of sponsor MSD

Column or Opinion Piece went to Daniel Sokol for Beware the lies of patients on thebmj.com. Diane Wass made the presention on behalf of MSD. 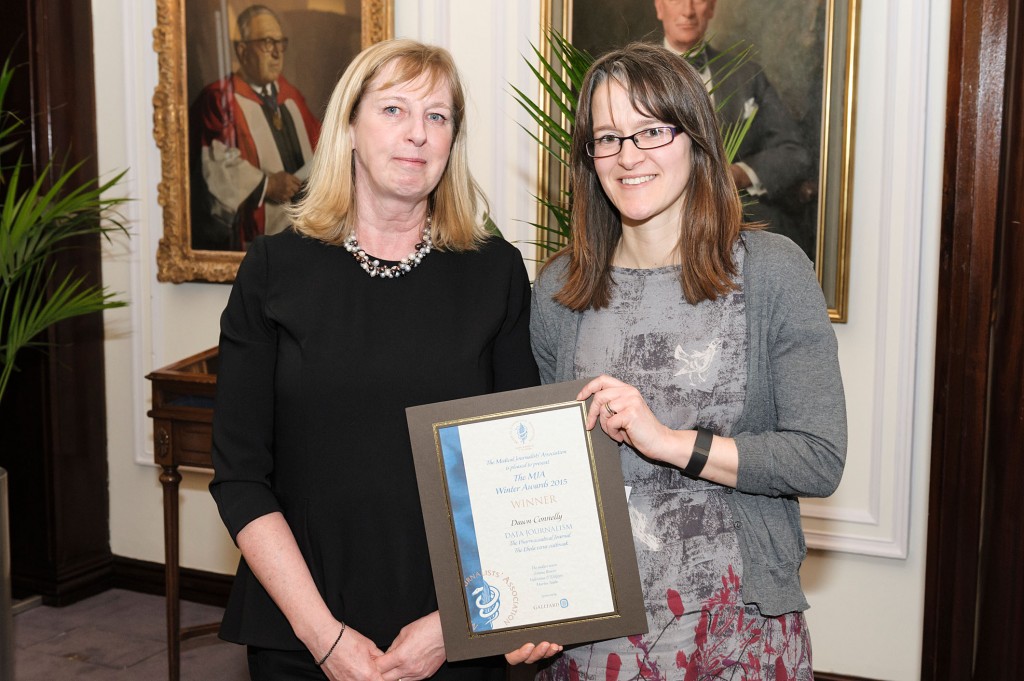 Dawn Connelly from The Pharmaceutical Journal took the Data Journalism prize for an impressive info-graphic charting The Ebola virus outbreak. Rosemary Hennings made the presentation on behalf of Galliard Healthcare Communications.

Our award for  Health Education was won by Neil Hallows from bma.org.uk for Real Doctors; and his colleague Peter Doherty took the award for Personal Story for his piece What could be done for the baby wrapped in newspaper? Stephen Cull made the presentation on behalf of Novo Nordisk. Zosia Kmietowicz’s article Spina bifida surgery — inside the womb, published in The Telegraph was highly commended by the judges. 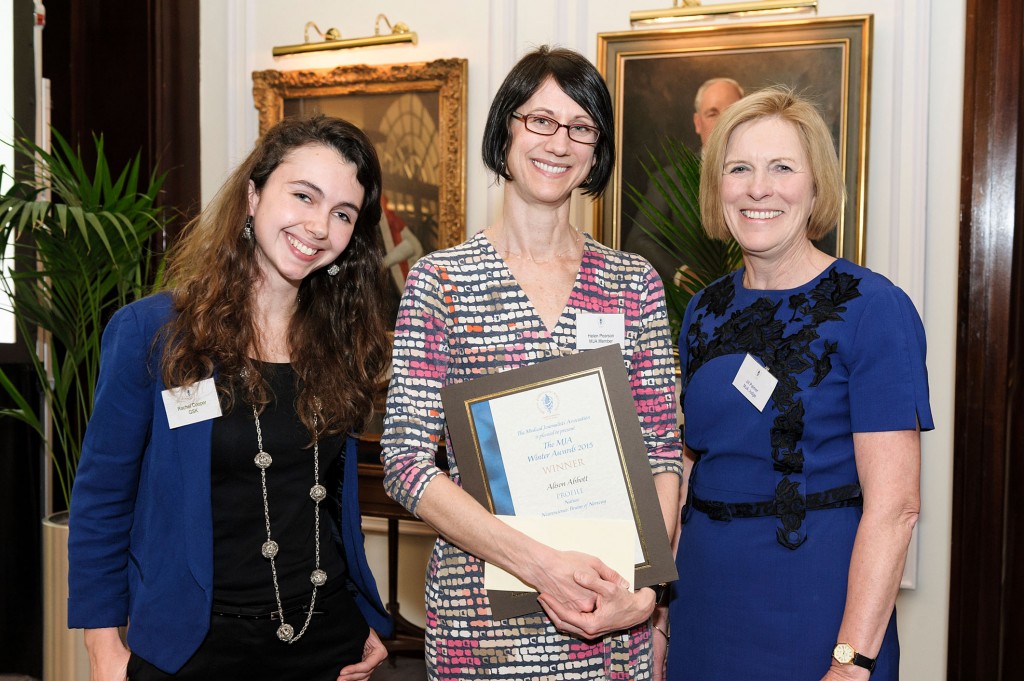 Nature editor Helen Pearson, who accepted Best Profile on behalf of Alison Abbott, is photographed with Rachel Cooper (left) who presented the award on behalf of GSK and judge Jill Palmer

Nature also made it a double when Alison Abbott took the prize for Profile of a Health or Medical Figure, which was presented by Rachel Cooper on behalf of GSK. Alison’s feature Brains of Norway explored the remarkable relationship of husband and wife Nobel prize winners Edvard and May-Britt Moser

Patrick Strudwick dedicated his award for Science Explained to Ian Gurnhill who died shortly after Patrick interviewed him for One virus, four lives: the reality of being HIV positive published on the Wellcome Trust website Mosaic. Mindy Dooa presented the award on behalf of Astellas.

The Tony Thistlethwaite, a biennial book prize which is sponsored by the MJA, was won by David Adam for The Man Who Couldn’t Stop, his extraordinary account of living with OCD.

Click here to view a gallery of pictures from the awards