Get clued up on kidney disease 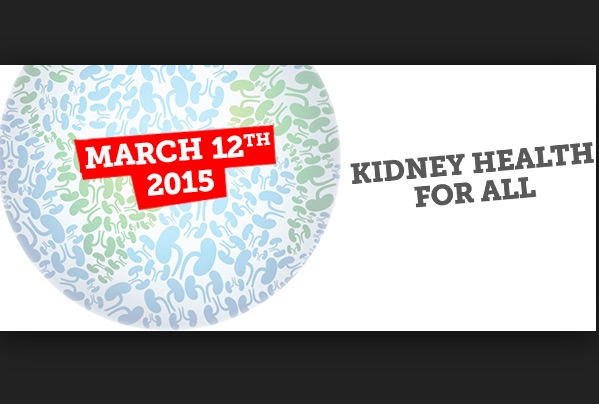 More than two million people in the UK already have moderate to severe kidney disease (CKD) and it is estimated that a further one million have kidney damage without knowing it. And as high blood pressure and diabetes are the most common causes of CKD those figures are likely to rise as the population ages.

And as high blood pressure and diabetes are the most common causes of CKD those figures are likely to rise as the population ages.

Thursday March 12 is the 10th anniversary of World Kidney Day and the UK’s leading kidney charities are uniting to raise awareness of this silent epidemic. Under the theme Kidney Health for All they are calling for urgent action to prevent and treat CKD.

Recent surveys highlight an astonishing lack of awareness about what our kidneys do. An Ipsos MORI survey of more than 2,000 people published in January 2015 by ‘Think Kidneys’, reported that only 17% of those questioned knew that high blood pressure is a risk factor for kidney disease, and half did not know the kidneys make urine.

More recently, Kidney Research UK commissioned a UKGov poll, which revealed that three quarters (74%) of the 2,000 people polled had limited or no knowledge of kidney disease, its causes or its symptoms. Although a fifth (21%) confirmed they had diabetes, high blood pressure or vascular disease – three of the leading causes of kidney failure – only 6% considered themselves to be at risk of kidney disease.

Professor John Feehally, a leading kidney specialist and one of the founders of World Kidney Day globally, said: “These surveys show an astonishing lack of awareness of the kidneys and what they do. It’s very worrying to see these results – they show why ‘Kidney Health for All’ is such an important theme for World Kidney Day this year. Kidney health is not at the forefront of the public’s mind, but our kidneys are vital and they must be given proper attention and kept healthy”.

There are few or no symptoms in the early stages and even when symptoms do appear, they are not specific with patients feeling generally tired and unwell.

From May 28 to 31, London is hosting the world’s leading conference on kidney disease — the 52nd ERA-EDTA congress — and to make sure members are up to speed on this increasingly newsworthy issue, the MJA is organising a meeting on the eve of the congress to provide background and important insights on the latest research and treatments.

Make a date in your diary — the MJA kidney meeting will be held on May 26 — at the Medical Society — and speakers will include some of the key players from the ERA-EDTA Congress. Watch the website and email newsletters for updates.