Assisted dying and the philosopher’s tone 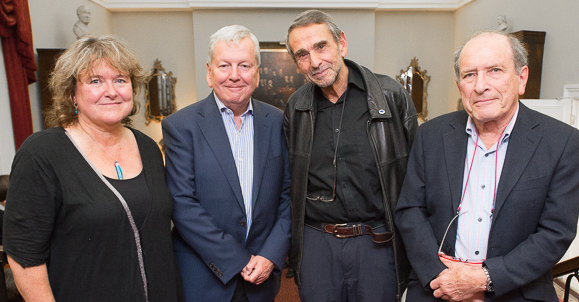 Now that the Assisted Dying Bill has been roundly rejected by Parliament, is the whole issue finally past its sell-by date?

This crunch question got the MJA’s post-AGM ‘brains trust’ session on the ethical issues surrounding the end of life off to a fizzing start.

The wood-panelled meeting room at the Medical Society of London was packed with a lively, wine-fuelled crowd as our moderator for the evening, science writer and broadcaster Vivienne Parry, fired a succession of previously submitted questions to the panel of experts on death: Dr Trisha Macnair, a hospital geriatrician, writer and MJA member; Dr Colin Brewer, psychiatrist and c0-editor of I’ll See Myself Out; and Prof John Harris, joint  editorin-chief of the Journal of Medical Ethics. 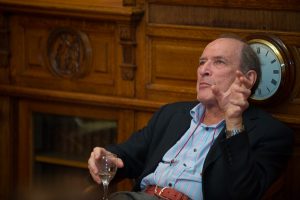 Colin Brewer kicked off by reminding us that repeated polls have shown that over 80 per cent of the British public support the idea of assisted dying. So, despite Parliament’s remarkably unrepresentative decision, he felt sure it would happen sooner or later.

At the moment, he said, people who want to manage their own death have just two choices: either go to Switzerland, which is costly, or do it yourself, which is risky. We need a more accessible and safer route. 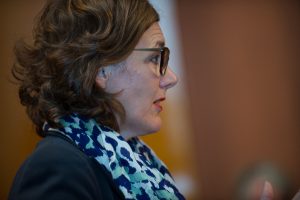 But how can we be sure that vulnerable people close to death won’t feel pressurised by family or society to take the plunge? Trisha Macnair said that in her experience such people are more likely to be talked out of it by their family than the other way round.

Is it ethical for MPs to reject the Bill when so many of the public are in favour? John Harris replied that, as a philosopher, he was not so much interested in what people think, as what they ought to think.

He went on, ‘There’s only one thing wrong with dying and that’s doing it when you don’t want to. It all comes down to this really. And hence, it follows that dying when you want to is OK. Oscar Wilde once remarked that selfishness is not living as one wishes to live – it is asking others to live as one wishes to live’.” 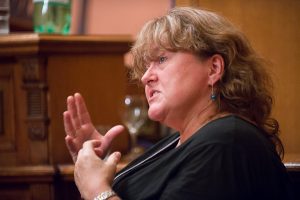 Back to the question about coercion. Trisha Macnair says it’s often very difficult to know – it’s not easy to get the feel of the family’s dynamics. Colin Brewer thought the surest way would be to ask people when they’re still well to think about death and make their wishes known – in effect an ‘advanced declaration’.

And he added: “It would be helpful if they could add a PS along the lines of ‘I don’t give a shit about what my family say’.”

Is there such a thing as a rational suicide? Philosopher Harris couldn’t resist toying with this one. “It depends what we mean by ‘rational’. I rather like the idea of philosopher-assisted dying.” 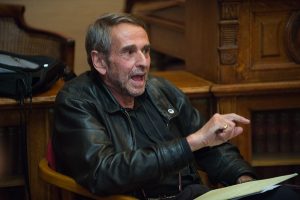 He firmly retorted that he didn’t want to hear the word ‘killing’ again in this context. “Killing’ implies that it’s against the person’s will.

“Assisted dying is all about complying with the person’s will.”

Harris was more sanguine about the word ‘killing’ and felt it was OK to use the words that opponents use, but to take the heat out of them by using them in the context of the patients’ free will in choosing when to kill themselves.

Shouldn’t we think of this killing as the final treatment in palliative care? This question led to a discussion of the pros and cons of the now discredited Liverpool Care Pathway. Macnair thought the LCP had been very useful when followed properly with good communication with patient, carer and family. But all too often they didn’t understand or couldn’t accept why their loved one wasn’t actively given food or fluids. They wanted everything possible to be done to keep them alive. Harris remarked that killing people can be a caring thing to do, but didn’t think it should be part of the care pathway as such.

One of the audience members asked Colin Brewer whether  I’ll See Myself Out describes in practical terms how to do it. No, said Brewer, but there’s plenty of guidance on the internet. The Scottish Euthanasia Society has particularly useful advice. People need assistance in ending their lives. Harris reiterated that we as a society have to face up to what the patient wants – hence the need to change the law. The whole point is to serve the individual.

At this point Vivienne asked the audience: Who here is in favour of doctor-assisted dying? The vast majority of the audience raised their hands.

Someone remarked that despite this level of public support it was perhaps just too final a decision for a doctor, or anyone, to take. To which Professor Harris philosophised that every decision is final at the time it is taken, because there is no reversing time’s arrow.

Which was the perfect cue for our moderator Vivienne to note that time’s arrow was pointing us towards supper and to invite us to thank our panel and question-providers for such an excellent session.