Scientists honoured for taking a stand 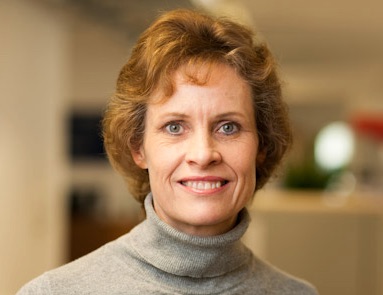 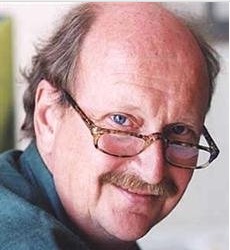 Professors Susan Jebb and Edzard Ernst are joint winners of the 2015 John Maddox price for standing up for science, often in the face of vitriolic criticisms and attacks.

Both will be well known to MJA members, but here is what Sense About Science had to say about these very worthy winners:

Edzard Ernst is recognised for his long commitment to applying scientific methodologies in research into complementary and alternative medicines and to communicating this need. Prof Ernst continued in his work despite personal attacks and attempts to undermine his research unit and end his employment. As a result, he has addressed a significant gap in the research base in this field and has brought insights into discussions with the public, policy makers, commentators, practitioners and other researchers. 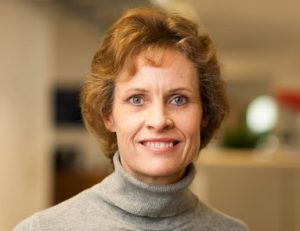 Susan Jebb is recognised for her promotion of public understanding of nutrition on a diverse range of issues of public concern, from food supplements to dieting. Prof Jebb tackled misconceptions about sugar in the media and among the public, and endured personal attacks and accusations that industry funding compromised her integrity and advisory capabilities. Despite this experience, she continued to engage with the media and the public on issues of dietary advice, talking about the need for sound science and high quality research, and advocating for high standards of research governance.

The John Maddox Prize is a joint initiative of the science journal Nature, the Kohn Foundation, and the charity Sense About Science, and it is awarded to one or two people a year. The late Sir John Maddox FRS, was editor of Nature for 22 years and a founding trustee of Sense About Science. A passionate and tireless communicator and defender of science, he engaged with difficult debates, inspiring others to do the same.

The judges were struck by the high calibre and the international breadth of this year’s nominations reflecting a growing recognition in the global science community of the importance of engaging in discussion about science in the public realm.

Sir Philip Campbell PhD, Editor-in-Chief, Nature, and judge: “In Susan Jebb and Edzard Ernst, we have two individuals who have used their scientific insights as a basis for principled positions about sugar and complementary medicine, respectively. Both of them have felt the intense heat of influential opposition and have stood by their views, at who-knows-what cost to themselves. I am delighted that they are this year’s winners, from an extremely competitive field of candidates. They eminently fulfil the values embodied in the John Maddox Prize.”

Edzard Ernst, Emeritus Professor, University of Exeter: “There is a lot in alternative medicine that challenges rationality and ethics. Standing up for science by refuting the plethora of pseudoscience and low quality research in this field is important to patients, and to people who practice medicine, as well as to everyone else who talks about it. To receive the John Maddox Prize is a true honour as well as an invaluable recognition of our work.”

Susan Jebb, Professor of Diet and Population Health, University of Oxford: “Everyone is interested in nutrition and everyone has a view. That’s great for heated debate over dinner but if we are to shed light on the health issues it needs to be based on evidence not opinion. Policymakers, the food industry and the public need support to access and engage with the evidence and I passionately believe that scientists can help everyone to do so. It does mean getting out of the laboratory and standing up for science, but it is only by participating in the dialogue that we can hope to see scientific evidence translated into real health benefits. The support of family, friends and colleagues to do this has always been a huge encouragement to me, but this award, named after John Maddox, is very special.”

Professor Colin Blakemore FRS, Universities of London and Oxford, and judge: “The winners of this year’s John Maddox Prize have both fought courageously against powerful influences, to defend the principles of sound scientific evidence. Edzard Ernst, rightly known as the “scourge of complementary medicine”, has doggedly pursued the argument that there is only one kind of medicine – medicine that works. Susan Jebb, a leading expert on diet and obesity, has remained a calm voice of reason, against a cacophony of innuendo and unfair accusations of conflict of interest.”

Tracey Brown, Director, Sense About Science and judge: “It’s one thing to stand up for science. It’s another to keep going when the consequences are hard and personal. The winners have both come back from those consequences and persisted in their commitment to accurate communication of evidence. That persistence benefits us all because it means we see evidence when we most need to see it – when debates are heated and difficult. John was always of the view that this was when real communicators put on their boots rather than hung up their coats.”

Lord (Martin) Rees of Ludlow OM FRS, University of Cambridge and judge: “Society should be grateful to scientists who scrutinise the science (or pseudo-science) underlying controversial issues and are prepared to engage with the public. Such people often get more flak than praise. So it’s excellent that we’ve been able to honour two outstanding exemplars with the Maddox Prize.”

Sir Ralph Kohn FRS, Kohn Foundation: “This is such a well-deserved recognition of John’s outstanding scientific work for many years and we are privileged to be associated with this initiative.”

Brenda Maddox, Patron of the John Maddox Prize: “My late husband John had an unusual combination of knowledge of science and eloquence of expression. Someone once asked him, ‘how much of what you print is wrong?’ referring to Nature. John answered immediately, ‘all of it. That’s what science is about – new knowledge constantly arriving to correct the old.’ He led a supreme example of science journalism and others will do well to look to it.”

Sir Paul Nurse, President of the Royal Society: “It is important for scientists to stand up for science and engage with public discussion, adhering to evidence and logical argument. The winners of this year’s John Maddox Prize have chosen to engage with the public on divisive and emotive issues, and will be an encouragement for others to do the same.”

Chi Onwurah MP: “Science is at the heart of human progress as well as many of the challenges society faces. Standing up for science, ensuring it is properly communicated, given an evidence based scientific perspective, these are key to a better understanding of science in society as a whole.”

Nicola Blackwood MP: “Facing down this century’s great global challenges will rely on our scientists and innovators constantly and fearlessly challenging the status quo. A scientific norm today could tomorrow be proven as flawed as the ‘static universe’. It is therefore essential to support our researchers as they stand up for their findings, even when it brings them into conflict with an established view, or exposes them to controversy. It is excellent to see these two great scientists being awarded the John Maddox prize for their work, and I hope they will inspire many more to follow in their footsteps.”

The John Maddox Prize for standing up for science, in its fourth year, recognises the work of individuals anywhere in the world who promote sound science and evidence on a matter of public interest, facing difficulty or hostility in doing so. The winners receive a certificate and £2,000. Previous winners were: Dr Emily Willingham, Dr David Robert Grimes (2014); Professor David Nutt (2013); Professor Sir Simon Wessely, Shi-min Fang (2012).

Candidates were judged on the strength of their nomination based on these criteria:
How clearly the individual communicated good science, despite adversity.
The level of responsibility they took for public debate, and going above and beyond their jobs.
How effectively they placed the evidence in the wider debate and engaged others.
http://www.senseaboutscience.org/pages/john-maddox-prize.html

Sir John Maddox (1925-2009) was a founding trustee at Sense About Science and the inspiration for now internationally established programmes of work including the VoYS (Voice of Young Science) network. This Prize commemorates Sir John as a passionate and tireless communicator and defender of science. As a writer and editor at Nature for 22 years, he changed attitudes and perceptions, engaging with difficult debates and inspiring others to do the same.

Sir John, in the words of his friend Walter Gratzer: “wrote prodigiously on all that was new and exciting in scientific discovery and technological advance, denouncing fearlessly what he believed to be wrong, dishonest or shoddy. He did it with humour and grace, but he never sidestepped controversy, which he seemed in fact to relish. His forthrightness brought him some enemies, often in high places, but many more friends. He changed attitudes and perceptions, and strove throughout his long working life for a better public understanding and appreciation of science.”

The judging panel consisted of Professor Colin Blakemore FRS, Tracey Brown (Sense About Science), Sir Philip Campbell PhD (Nature) and Lord Rees of Ludlow OM FRS. The judges sat in a personal capacity and the choice of the award does not indicate the view of any organisation they are associated with.