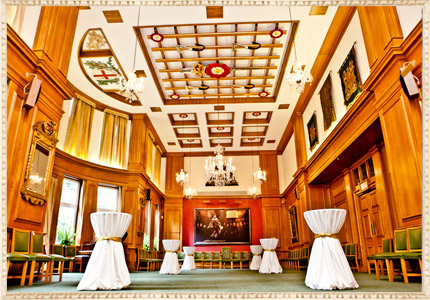 The rear of the Barber Surgeons’ Hall, showing the gardens and Roman Wall

At last!! Drumroll… The announcement you’ve been waiting for!!

(OK, hold the screamers, that’s enough hype — Web Ed)
Forgive our breathless excitement, but we’re excited — because this year the MJA awards are changing. We have a new venue. New categories. New judges and a new judging system — so watch the website for updates.
Call them what you will — the Emmys of editorial excellence, the BAFTAs of bylines, the Grammys of great health and medical journalism, the Oscars of scribing, or simply a great night for networking and catching up with colleagues — our new and improved awards are set to be the ultimate gongs for great health and medical journalism.

Party in the gardens 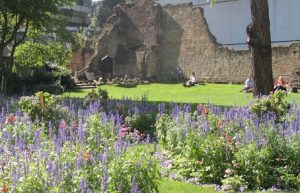 We can now confirm that the venue for the 2016 MJA Awards is the Barber Surgeons’ Hall in the City of London. It’s a hidden gem, in fact it’s so hidden that we’re debating uploading a how-to-get there video — but it ticks all the boxes in terms of history, health connections, and something summery.

Members will not only have access to the fabulous reception rooms, with their richly decorated vaulted ceilings — oh, and did we mention the Holbein? We will also be able to enjoy the  the physic garden and remnants of the Roman wall which once surrounded the City of London.
You could say the venue sums up the MJA: a sometimes incongruous mix of history, modernity and impeccable core values.
So save the date — June 23 — and start planning your entries (or who thinking about who you might want to nominate — which is another change). 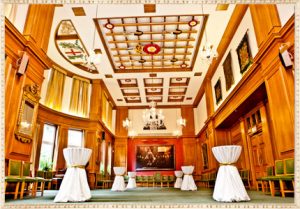 A Great Hall for a great awards presentation

There will be 16 awards, and thousands of pounds in prize money, up for grabs.

The ultimate accolade is Outstanding Contribution to Health or Medical Journalism.
And in no particular order, the other categories are Feature (we will present two awards, general and specialist audience) News Story (again, two awards, general and specialist audience), Editor, Broadcast Journalist, Case Study, Mental Health Story, Newcomer, Regional Reporter, Science Explained, Charity Writer, Blogger, Website and Health Book.
While some things have changed, others have not, and we are delighted to confirm that Boehringer Ingelheim will once again be our principal sponsor. And the NHS Confederation is sponsoring our new blockbuster award for Outstanding Contribution to Health or Medical Journalism.
A number of our previous sponsors are also coming aboard — but having more awards also means there are more opportunities to for sponsorship. Email us at for details.
But, for now, all we can say is watch this space and thank you to our confirmed sponsors: