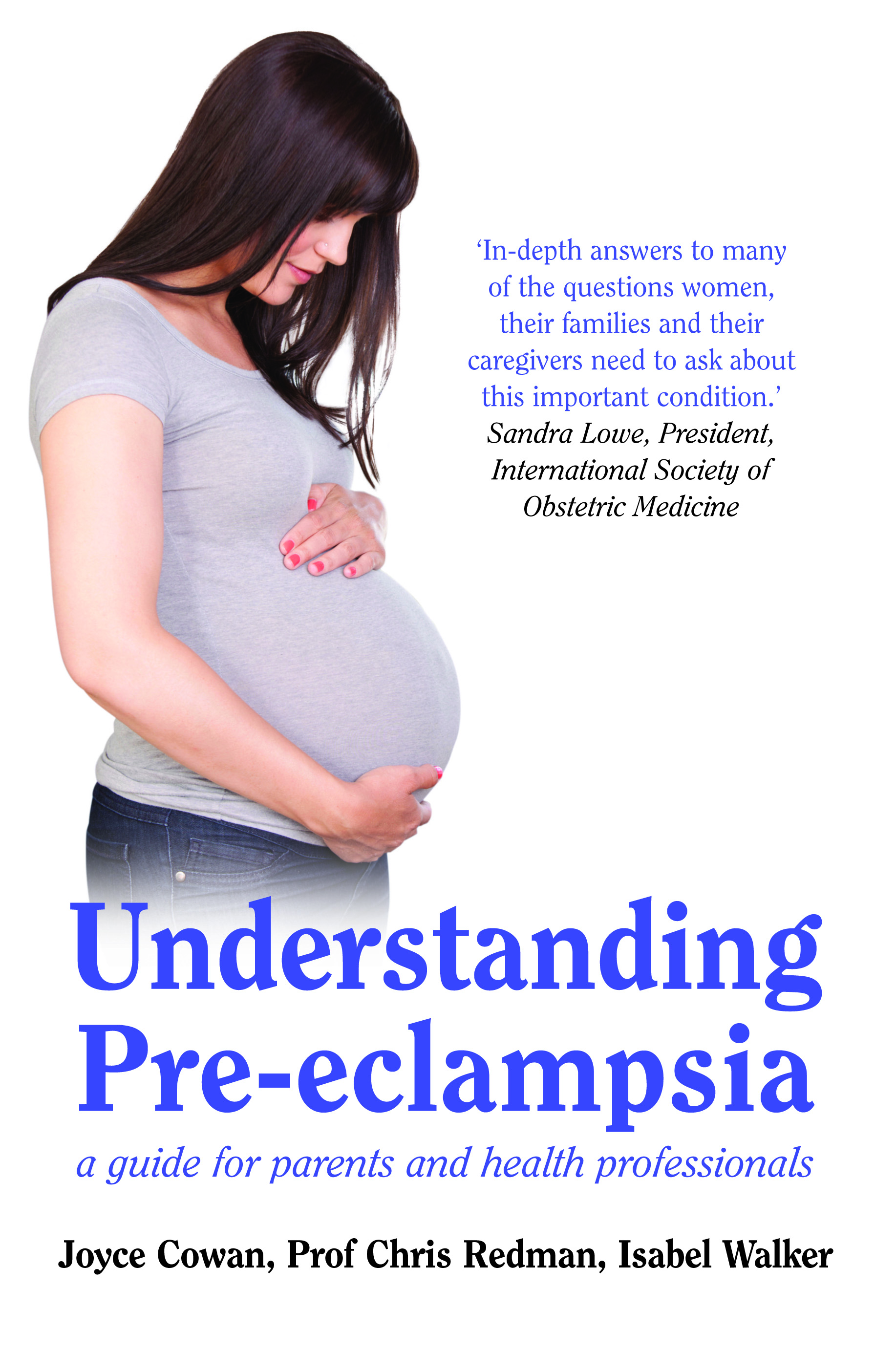 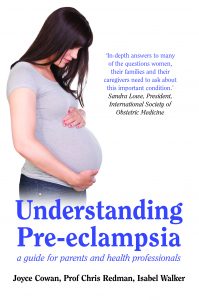 Understanding Pre-eclampsia, co-authored by MJA member Isabel Walker to be published on July 1

Pre-eclampsia is a pregnancy complication that is far from rare. But it remains so poorly understood that it cannot be reliably predicted, prevented or cured – except, in the latter case, by delivering a baby that may be too premature or too sick to survive.

And it continues to cause immense physical and emotional suffering to women, babies and families throughout the world.

The worst cases culminate in the death of the baby or, more rarely, the mother.

Worldwide, pre-eclampsia is a major cause of death of premature babies. In the UK about 15,000 pre-eclamptic women have their babies induced prematurely every year, but we don’t have statistics about how many of these survive.

Pre-eclampsia kills an estimated 40,000 women a year worldwide, mostly in developing countries (1). And, while maternal deaths are now very rare in the UK, due to the success of antenatal screening, when they do occur they are often terrifyingly sudden and completely unexpected.

Just last month (April) an inquest heard how French pharmacist Estelle Deleplanque, seven months pregnant, died in a London hospital while visiting relatives after developing a particularly dangerous variant of pre-eclampsia known as HELLP syndrome. Classically, because women with pre-eclampsia are often unaware of how ill they are, Ms Deleplanque was reported to have thought that doctors were ‘overreacting’ and begged to go home.

Understanding Pre-eclampsia, a comprehensive guide for parents and midwives, is co-authored by three people with unique perspectives on the condition:

Chris Redman, Emeritus Professor of Obstetric Medicine at Oxford University, is one of the world’s leading experts on pre-eclampsia, who has devoted most of his career to treating the most severe cases referred from all parts of the UK, and to searching for its elusive cause.

Isabel Walker is a former health journalist who lost her first baby – and very nearly her own life – to pre-eclampsia. She went on to collaborate with Prof Redman on an earlier book Pre-eclampsia: The Facts (OUP – now out of print) in 1992 and to co-found with him Action on Pre-eclampsia (APEC), the first patient group in the world to be dedicated to the condition.

Joyce Cowan is an academic midwife based in Auckland, New Zealand, whose Master’s thesis was devoted to pre-eclampsia. In 1994 her special interest in pre-eclampsia led her to co-found NZ APEC – the New Zealand branch of the parent charity.

The authors combine detailed explanations about pre-eclampsia with accessible analysis of the latest research and practical advice for women and midwives. Threaded through the text are poignant and revealing first-person accounts from women who contributed to an international online questionnaire survey about experiences of pre-eclampsia.

In his preface to the book, James Walker, Professor of Obstetrics and Gynaecology at the University of Leeds, himself a world expert on pre-eclampsia, writes:
‘The patient stories enrich the narrative, helping women to realise that they are not alone in their suffering and offering caregivers the understanding they need to support their patients through a time of great uncertainty and stress.
‘This book is a labour of love, written by people who know about pre-eclampsia and care about its impact on women, families, doctors, midwives and other involved in the care of pregnant women. Everyone who reads it will learn from it to their benefit.’

Understanding Pre-eclampsia, is published by Clearsay Publishing on July 1, price £14.99.

To obtain a review copy, or to arrange an interview with one of the authors, contact Isabel Walker at , telephone 01923 602962.

Further information about the book, including chapter summaries and advance testimonials from experts all over the world, is available from the Clearsay Publishing website at https://www.understandingpreeclampsia.com. The book will initially be on sale via the website and from patient organisations in the UK, US, Australia and New Zealand.