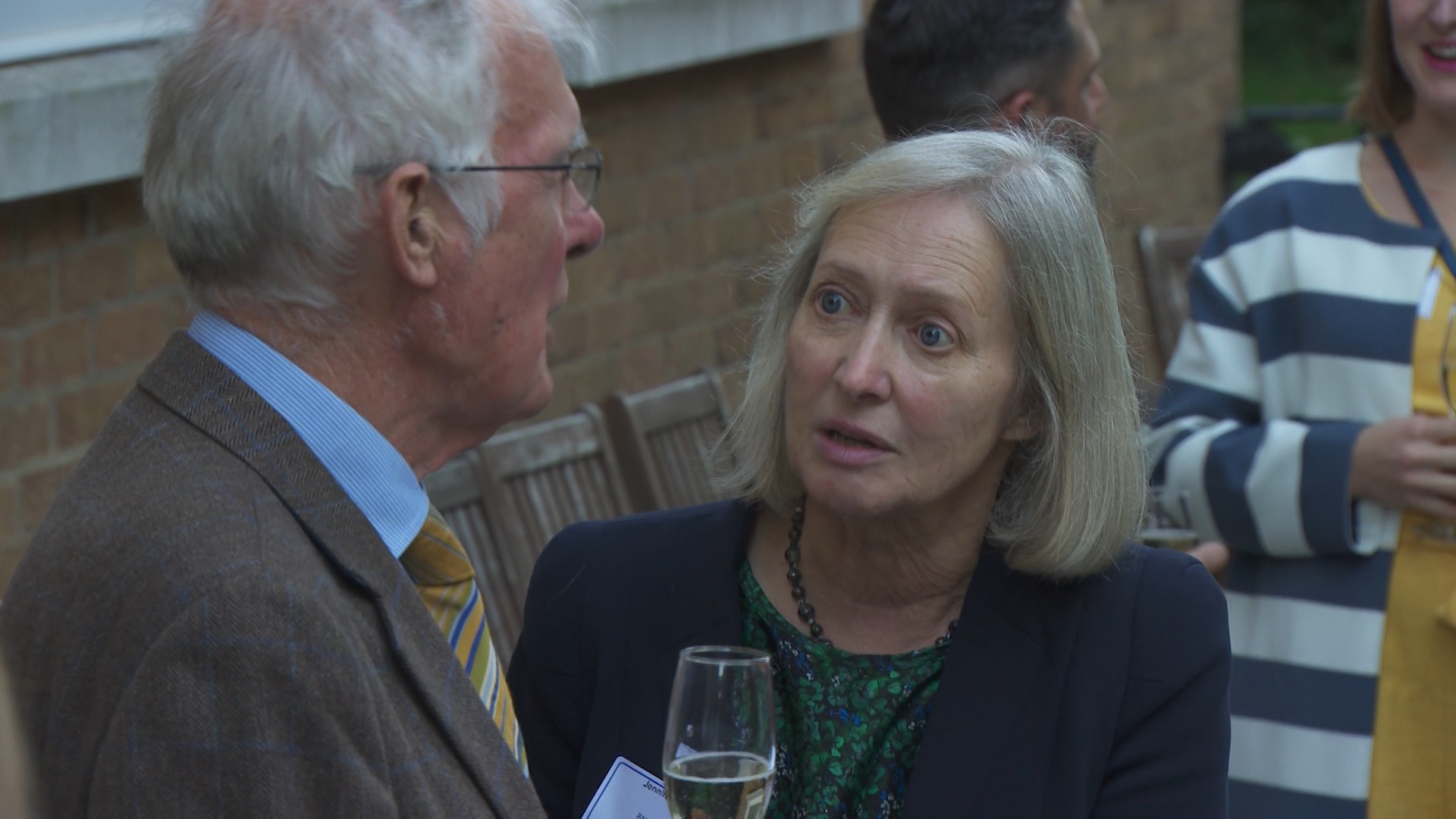 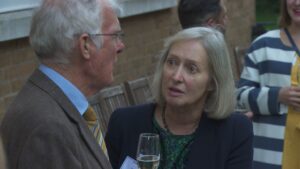 Nigel Hawkes, a ‘legend’ in science and health reporting, has died at the age of 78, after a career spanning more than 50 years. His elegant, incisive writing won him as many fans among fellow journalists as his ability to spare readers from ‘nonsense and hype’.

Encountering Nigel on a job guaranteed the most amusing comments to enliven the daily round, his dry wit threaded through acute observation. As one admirer put it: “A gentleman with time for many, intelligent and fair.  I never heard him rude about anyone but it was always clear if he thought them mad.”

Long before he was appointed CBE in 1998 for services to the newspaper industry and science, the press corps had acknowledged his pre-eminent position during long stints on The Observer (in science, foreign and diplomatic reporting) and The Times. Becoming the Medical Journalists’ Association health writer of the year in 2007 was recognition from his peers while his commitment to high standards of reporting was an inspiration for the Science Media Centre, then in its infancy. 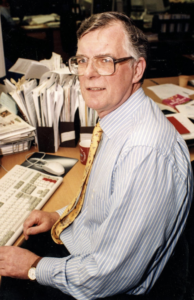 Nigel at his desk at The Times in 1998, photograph by Peter Trievnor for The Times

Chief executive Fiona Fox says Nigel was a legend in the field: When the SMC was set up 20 years ago there were some who presented the Centre’s mission as improving science journalism.  When I met Nigel and followed his excellent reporting in those early months, I quickly realised we had nothing to teach him and the opposite was the case.  Nigel taught us that the key to improving the media coverage of science was working with specialists like him and championing his kind of accurate, measured and sceptical reporting.”

Jane Symons, MJA vice chair and former Editor Sun Health, said Nigel stood out in the “sometimes brutally competitive world” of daily newspapers “not only for his intellectual rigour and elegant prose, but for his extraordinary generosity and kindness. Nigel was not only brilliant at analysis and breaking stories, he was also adept at keeping nonsense and hype out of The Times. The art of ‘writing for the spike’ was a skill he was happy to share, and it helped many of us keep overly excited news desks in check and kill stories based on pseudoscience and quackery.”

Times colleague Sam Lister remembers his calm authority in an era of hyperventilating health stories. He would happily take himself off the front page to remove any disproportionate emphasis on kill-or-cure around a nuanced health issue”.

Nigel was one of the first journalists to cast doubt on Andrew Wakefield’s claims that the MMR vaccine caused autism in children, a bitter reporting controversy that badly needed the astute analysis which he provided in 2010 when the General Medical Council found Wakefield guilty of acting irresponsibly.

Nigel’s piece crisply lamented the lack of beady-eyed scepticism among commentators about claims that still reverberate today. Jeremy Laurance, later Health Editor at The Independent, worked with Nigel at The Times during the 1990s. “I had a golden rule when in doubt about the background to a story: Google Hawkes. His version was always the clearest, best written and best informed. I was by no means alone. He was such a fine writer, above all he was the most elegant which made him a pleasure to read. He was also prepared to deliver a good kicking when needed, an essential quality in all good specialists.”

For months the nation has been exhorted to follow the science, but Nigel took the lead when giving the brush off to hapless pharma PRs trying to secure column inches, otherwise “thousands would die”. “You’ll have to do a placebo-based double-blind trial to convince me of that. I’m very evidence-based,” he’d say as the phone went down. Sam Lister and other newsroom colleagues compiled a lengthy collection of Nigel’s “coruscatingly entertaining bon mots” which, more often than not, were aimed at newsdesk editors in his own effective form of news management. It was another skill passed on, says Sam and many other health and science journalists grateful for his support when starting out.

“He was a very thoughtful, patient and supportive mentor – helping you build your confidence, offering quiet steers and putting in the biggest challenge when you were attempting to dissuade your editors of a nonsense commission.” John Illman, a member of the MJA Executive Committee echoes this: “My fondest of many fond memories of Nigel is when he joined me at the University of Westminster on an intercalated degree course in medical journalism for medical students. Nigel was a superb, deeply committed teacher and fun to have around.”

Peter Pallot, a Daily Telegraph contemporary, remembers Nigel’s “refreshingly individual approach” along with good camaraderie that saw him happily consulting with rival reporters about which conferences abroad might yield the best stories – a decision possibly influenced by museums, art shows and of course restaurant quality.

He was partial to a lunchtime beer with fellow hacks, especially after observing he’d just got a press release for Dry Mouth Week. “I think I know a cure for that.” But he was uncharacteristically censorious about the risks of excessive eating of biscuits. He would, with a twinkle in his eye, take any colleague in the office to task for any quantity of biscuit consumption which he described as “absolutely lethal”.

More seriously, Nigel was a global ambassador for health journalism for decades, investigating the workings of different health systems, including travels to Washington, Japan and China, where his intellectually authoritative presence was always sought after. 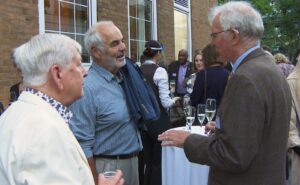 After retiring from The Times Nigel together with Lord Lipsey worked tirelessly to set up Straight Statistics, a campaign for the honest presentation and use of statistical data by the government, media and others. With support from the Royal Statistical Society and funding from the Nuffield Foundation, Nigel’s directorship from 2009-12 was the first concerted corrective to the growing pernicious misuse of statistics.

His virtually single-handed work tinged with frugality ensured he ran the operation for four years… on two years’ funding. Ex-RSS President Professor Sir David Spiegelhalter, who worked with Nigel on Straight Statistics, said: “I had such huge respect for his unique mixture of personal gentleness and incisive writing.”

Nigel continued working, contributing columns and more to the British Medical Journal until recently, when rumour has it the pressure of large-scale gardening projects took over.

In 2016 a jolly celebration at Belgravia’s La Poule au Pot restaurant marked Nigel’s 50th year in journalism – he joined the journal Nature in 1966 after graduating from Oxford with a degree in metallurgy. It is fitting to report that those raising a glass to the great man were journalists at the Daily Mail, Independent, Telegraph, Guardian and Times. He was a man who drew respect and affection from every corner of Fleet Street and we will miss him.

Nigel Hawkes was born on September 1 1943. He died of a heart attack on October 8 2021 aged 78. He is survived by his wife Jo, children Georgina, Will and Alex, and nine grandchildren. He was a longstanding member of the MJA.