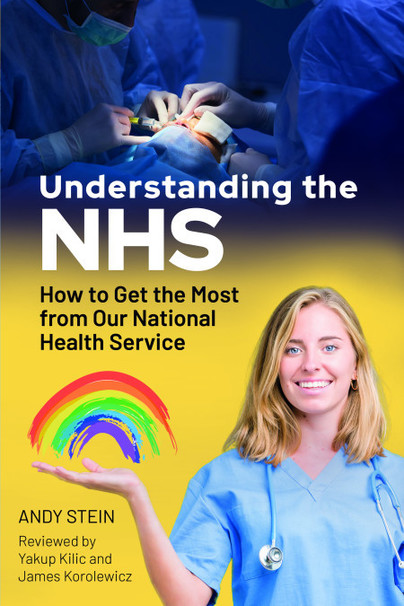 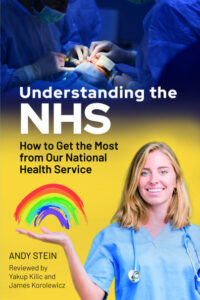 I wish this book had been available when I was applying to medical school. Dr Andrew Stein, a consultant renal and general physician, has produced a highly comprehensive guide to the NHS, at an affordable retail price. ‘Understanding the NHS’ has been written for future and newly qualified health and social care professionals, and the interested general public. I certainly would have found the chapters on research and public health, and even the acronym buster, useful at an early career stage. The author highlights salient topics such as the association between mental and physical health, and the importance of tackling deprivation. Having worked in the NHS for nearly 20 years, I was still able to learn something new from the book including, ironically, the ‘veil of ignorance’.

The first two chapters cover a timeline of the history of the NHS from pre-twentieth century healthcare, and made me realise how far we’ve come: from the ‘lunacy act’ in 1845 to pledges in 2014 to achieve better access to mental health services. The subsequent chapters cover topics including: funding, staff, training, commissioning, digitalisation and the future of the NHS. Early in my career, I remember attending a teaching session on NHS management which described the difference between ‘complicated’ and ‘complex’. Building a spaceship is complicated – but there is set of instructions which can be followed. The NHS, however, is complex. Dr Stein’s guide to the complexity of the NHS is understandable and readable. I read the book from cover to cover, but it could equally be ‘dipped into’ thanks to a helpful structure of chapters and effective indexing.

I found parts of the book surprisingly moving. Perhaps the emotion I felt is because, like Dr Stein, I think the NHS is beautiful. But the best thing about the author’s love for the NHS is that it isn’t blind. He remains objective, especially when analysing performance through the data in chapter 11, ‘Sorting out the NHS.’ These graphs are very clear, but I felt that some of the graphics would have benefitted from colour and larger font. For me, the text in figure 9.1 was illegible. I enjoyed the cartoons, but I wish the healthcare professional on the front cover had tied her hair back and taken out her hooped earrings in keeping with the dress code.

As I suspected, the book is rather England-centric. Having worked for most of my career in Scotland, I would have liked greater coverage of the NHS in the other nations. As a geriatrician, I would also like to see a change in language for the next edition, replacing ‘frail elderly’ with ‘older people living with frailty.’ I also felt that the example of an ‘elderly lady with a UTI and/or social problem’ leading to a cancelled operation could be misconstrued. I know the author is trying to make a point about the lack of separation between elective and emergency care, but perhaps the emergency example could have been a 20 year old requiring treatment for sepsis, thus leading to a cancelled knee replacement.

I feel this book is a significant achievement. Dr Stein has distilled salient information about a hugely complex system into an accessible and comprehensive guide. From podiatry, to prescription charges to PREMs (patient reported experience measures), there is everything the reader needs to understand the NHS in England.