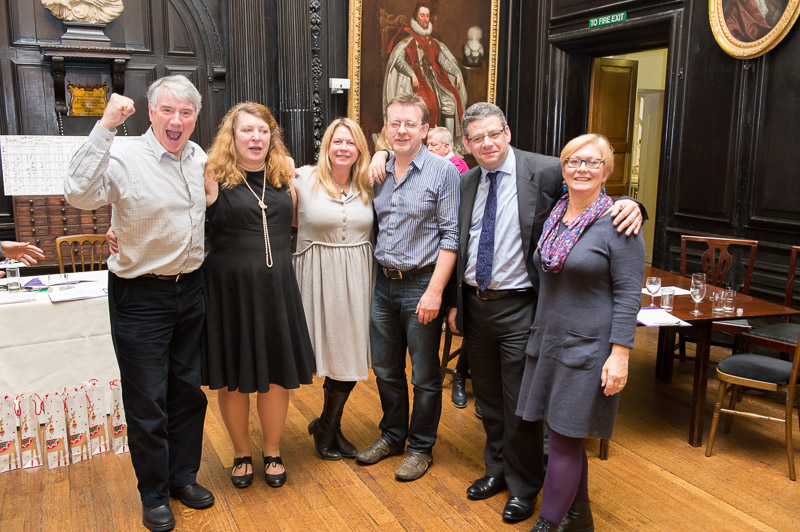 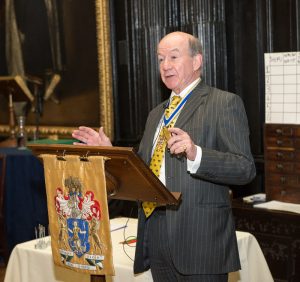 Master of the Worshipful Society of Apothecaries of London Dr John Moore-Gillon. By day John is a consultant respiratory surgeon at Barts

By popular demand, we returned to the Apothecaries’ Hall, but this year we were also treated to a few words from the Master, Dr John Moore-Gillon about the Worshipful Society of Apothecaries of London — an extraordinary organisation which is steeped in history, but also at the forefront or modern medicine.

Watch this space as the MJA is hoping to organise an event on conflict and catastrophe medicine with the Society, which offers an internationally acclaimed diploma in this most difficult area of healthcare.

After a chance to catch up and chat over canape in the Court Room, an impressive line-up of leading health and medical journalists adjourned to the Great Hall for the keenly fought competition. 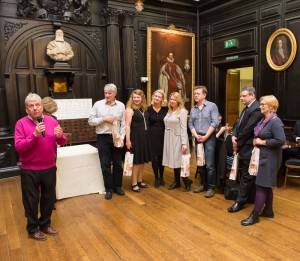 There was a back-to-school theme to the proceedings, but categories gave only minimal clues as to the questions to come. Assembly, for instance, asked teams to name the next in a sequence such as Jane, Elizabeth, Mary and Kitty.* While French demanded not only a knowledge of the language but also of the the rules of French cricket.

But it was a Strictly Come Dancing question which probably generated the most heated discussion on the winning team. How many series of the celebrity dance competition have their been?**

Having been over-ruled on a Strictly question last year, your web mistress must confess she became even stricter than usual in insisting it was at least ten. And after some masterly mediation from fellow EC member Nicola Hill, we arrived a the right answer.

Victory was all the sweeter because Pat and I were on last year’s team of wooden spooners, making it a zero to hero performance.

Gold stars are awarded to Maya Anaokar and Thea Jourdan — also a member of the Worshipful Society of Apothecaries — for organising the event; our quiz masters, Kate and Paul of the E-Team and our photographer Trevor Aston (Go to the gallery for more images from the evening.)

* Lydia — the youngest of the Bennett sisters in Pride and Prejudice.

** The current series is the twelfth Strictly. Dancing on Ice was a copy-cat, originally called Skating with Celebrities, which was launched a year after the initial Strictly, and called it quits earlier this year after a decade.