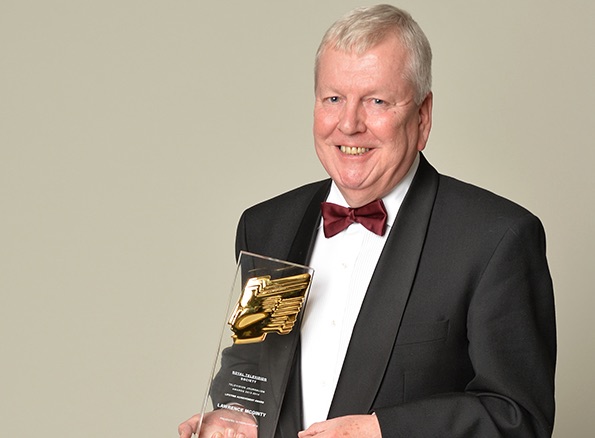 The Royal Television Society has honoured former ITV science and medical editor and MJA chair Lawrence McGinty with a lifetime achievement award for more than 40 years as a science journalist. 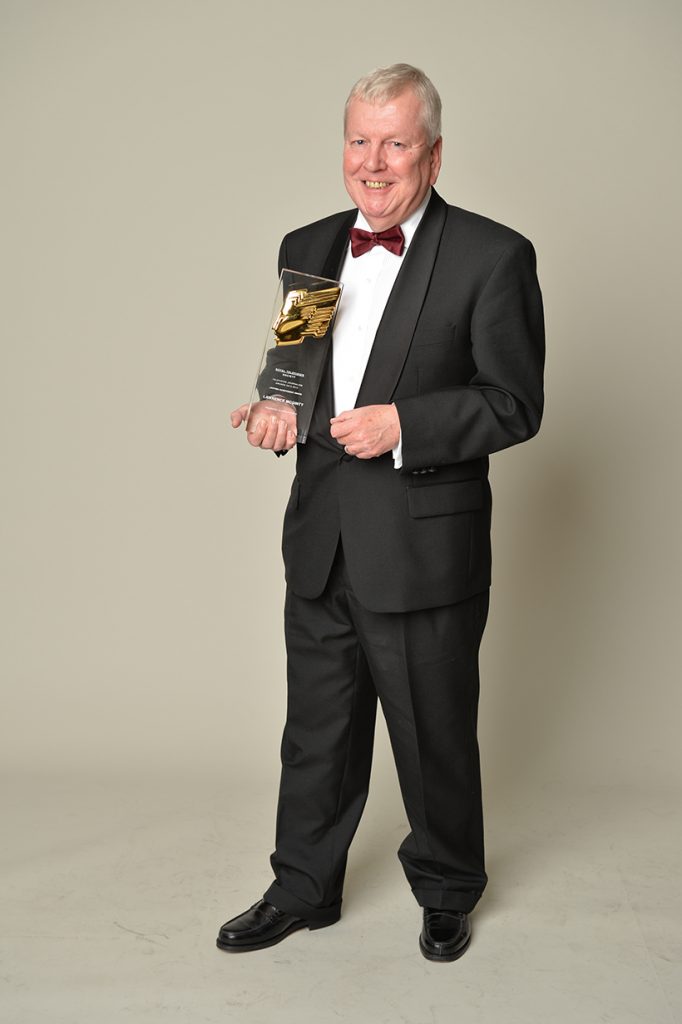 The RTS judges said they admired Lawrence’s ability to tell complex stories in an engaging and informative manner.

The official citation explains: “This year the Society honours the work of specialist journalists through one science journalist who has practised his craft for over 40 years.

“He began in academic publishing, moved to New Scientist Magazine, before venturing into broadcasting. He has won awards from the broadcasting industry and the science and medical communities.

“The hallmark of his work has been communicating often complex subjects in a way that will engage and inform audiences. He retired from full-time work last year but already has been tempted back onto the airwaves.”

MJA vice chair David Payne says: “Congratulations to Lawrence —  a worthy recipient of this lifetime achievement award, which recognises his contribution to demystifying science and medicine to TV audiences over many years.

“The MJA is fortunate to have someone with Lawrence’s skills and experience as its chair.

“We look forward to marking this achievement at our next event, Ebola, Earthquakes and Medivacs: Conflict and catastrophe medicine,  on March 11, which Lawrence will be chairing.

For more news posts, click on News in the navigation panel to the right