Twitter is proving to be a powerful tool for many MJA members, and for the organisation itself — our newest sponsor, the NHS Confederation, heard about us as a result of tweets about the Summer Awards — but we think we can still do a lot more.

If you tweet, follow us at @mjauk and let us know what topics you’d like to discuss with fellow members via tweet-ups with the hashtag #MJAtweets and please share your top tips via comments below.

And if you haven’t yet learnt to love and hate the Twittersphere here’s a taster and a few tips.

The instructions on how to set up an account are pretty straight-forward. But the tone of Twitter can be surprisingly nuanced, and that starts with your profile.

In one sense your profile is simply a biog, but it’s also a bit of a shop window and an opportunity for self promotion — and yes, you can get work through Twitter. 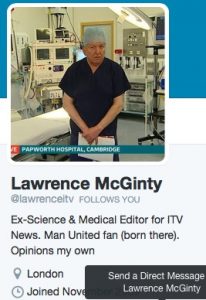 Fergus Walsh (@BBCFergusWalsh ) gets straight to the point: “Medical Correspondent for the BBC”, while our chair, Lawrence McGinty @lawrenceitv shares a little more: “Ex-Science & Medical Editor for ITV News. Man United fan (born there). Opinions my own.” And don’t forget to add your website address if you have one.

Once you’ve created your twitter handle, as this @name is known. If you’re using it as part of your professional profile aim for something simple and straightforward.

And now you’re all set to start tweeting your 144 character news, though to be honest, I think most of us start out as stalkers — we follow a few people or organisations we know and hey presto, we have our own personalised news feed, known as a timeline.

Because that’s basically what Twitter is, a bespoke news service that delivers information on your special interests, along with random rants, rambles and remarks which come in the form of retweets.

When you follow another Tweeter, they will get a notification and often follow back, so following a few pals is a good way to attract a few followers when you’re a newbie. Adding a pithy or witty comment to a retweet is another. And controversy is guaranteed to generate new followers.

#hashtags are Twitter’s filing system — you can make up your own, or use existing ones like #journorequest (great if you’re looking for an expert or case study); #prfail (to share tales of terrible press releases or PR pitches) or #MJAAwards.

If you want to add a link to a website, there are tools like bitly.com which you can use to shorten URLs. You may find a whole new language of acronyms like ROFL (roll on floor laughing) or LOL (laughing out loud, not lots of love as the Leveson inquiry was told @David_Cameron believed.) 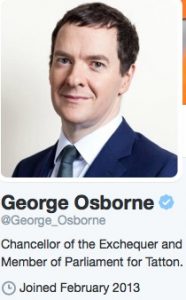 That is his real Twitter handle, but beware of fake accounts for famous people — they’re common. A good guide is to see who’s following them, and who they are following. For instance, the PM and @George_Osborne would be very unlikely to follow @RealNatalieRowe, who is, indeed, quite real. 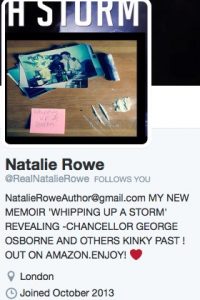 Twitter can be compassionate and combative in equal measure. Some days it can reduce you to tears of joy, on others to tears of rage and frustration. It can also be quite profane, tweeters tend to develop thick skins and if you put your head too high above the parapet the chances are you will be trolled or accused of trolling.

If another Tweeter becomes too irritating you can block them. This is also a common tactic of quacks and charlatans when they’ve lost an argument. Being blocked doesn’t mean you can’t access that person’s tweets — you just have to use the search facility.

To the left of your timeline, there’s a top ten of hashtags or names showing the ‘Trends’ in whatever area you have set. There’s often a sense of dread when you see the name of an ageing hero as it may mean they have died. 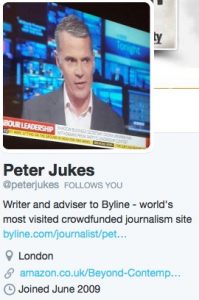 Twitter is often faster than traditional news outlets at reporting major incidents and you will discover another world of news feeds like @VICE and a new generation of journalists like @Timcast.

You’ll even find new ways to earn a living as a journalist. The best coverage of Leveson came from @peterjukes and his crowd-funded tweets — check out https://www.byline.com to learn more about this new media model.

Tweeting about an interesting commission or media-training session can generate more work while tweeting links to articles will endear you to commissioning editors and remind others of the quality of your work.

But one thing is guaranteed — unlike its tight character count, there will be absolutely no limits.