Perks of the Job 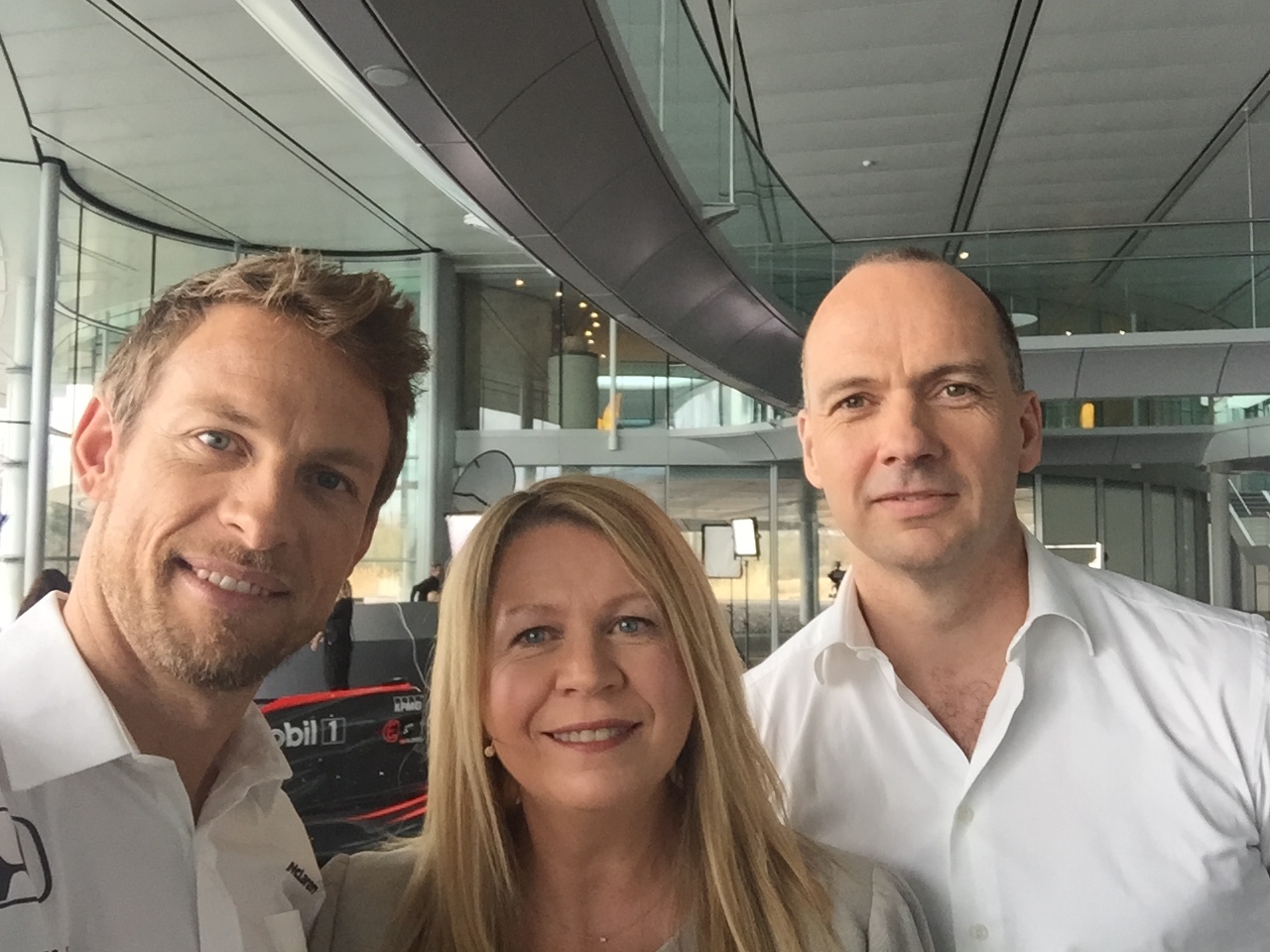 Having been a health journalist and media consultant for more years than I want to admit, I have been privileged to meet many fascinating people and to visit some amazing places, as have most members of the MJA.  It is one of the perks of the job and compensates for the hours standing outside hospitals when I was at Sky News, or covering magistrates courts for the Macclesfield Express.

This week’s perk was going to the McLaren Technology Centre in Woking to host a conversation with Jensen Button and Roger Connor of GSK.  To be honest, my knowledge of racing doesn’t extend much further than watching the occasional Grand Prix, so in true journalistic fashion I googled a guide to Formula 1, but this did not really prepare me for the extremely high tech building or the array of racing cars artily displayed inside the Woking centre.

Parking your own car on site entails driving along an inner road that resembles  a circuit, albeit one with of all makes of cars parked on the edges.  Dotted along the circuit are lettered circular pods which contain tube-like lifts that descend underground.  Then there is a long, white corridor, a little like the walk onto a football pitch, before entering another tube-like lift to reach the ‘boulevard’ where the gleaming McLaren racing cars are on show.

These included the  McLaren TAG Turbo V6 which ran out of fuel when Alain Prost raced in the 1986 Grand Prix,  Ayrton Senna’s 1988 MP4/4 which had the amazing engine sound, and Jensen Button’s Mercedes V8 in which he won the Canadian Grand Prix, despite the fact that  at over 4 hours was the longest race in Formula One history.  (None of which I knew a week ago).

I was filming with Jensen Button as part of a series of sponsored pieces for the Telegraph, and having read more about the racing driver’s love life than his racing ability, I wondered how wary he would be of a journalist who wasn’t a racing correspondent, but in fact he was absolutely charming, and told me all about his dietary and exercise programme in order to keep his weight down. (No carbs.)  Having looked at the newest McLaren racing cars, I assume this is not only because of weight and aerodynamics or whatever on the track, but to ensure he can actually fit inside – the seat area is incredibly narrow and certainly could not accommodate anyone with hips.

At the end of the filming when I attempted to take a selfie he insisted on doing it saying as his arms were long, it would make a better shot.  I’m sure he’s had much more practice than me!

(My conversation with Jensen and Roger will be in the Telegraph and on its website during the Grand Prix in May.)