Oenology for the road 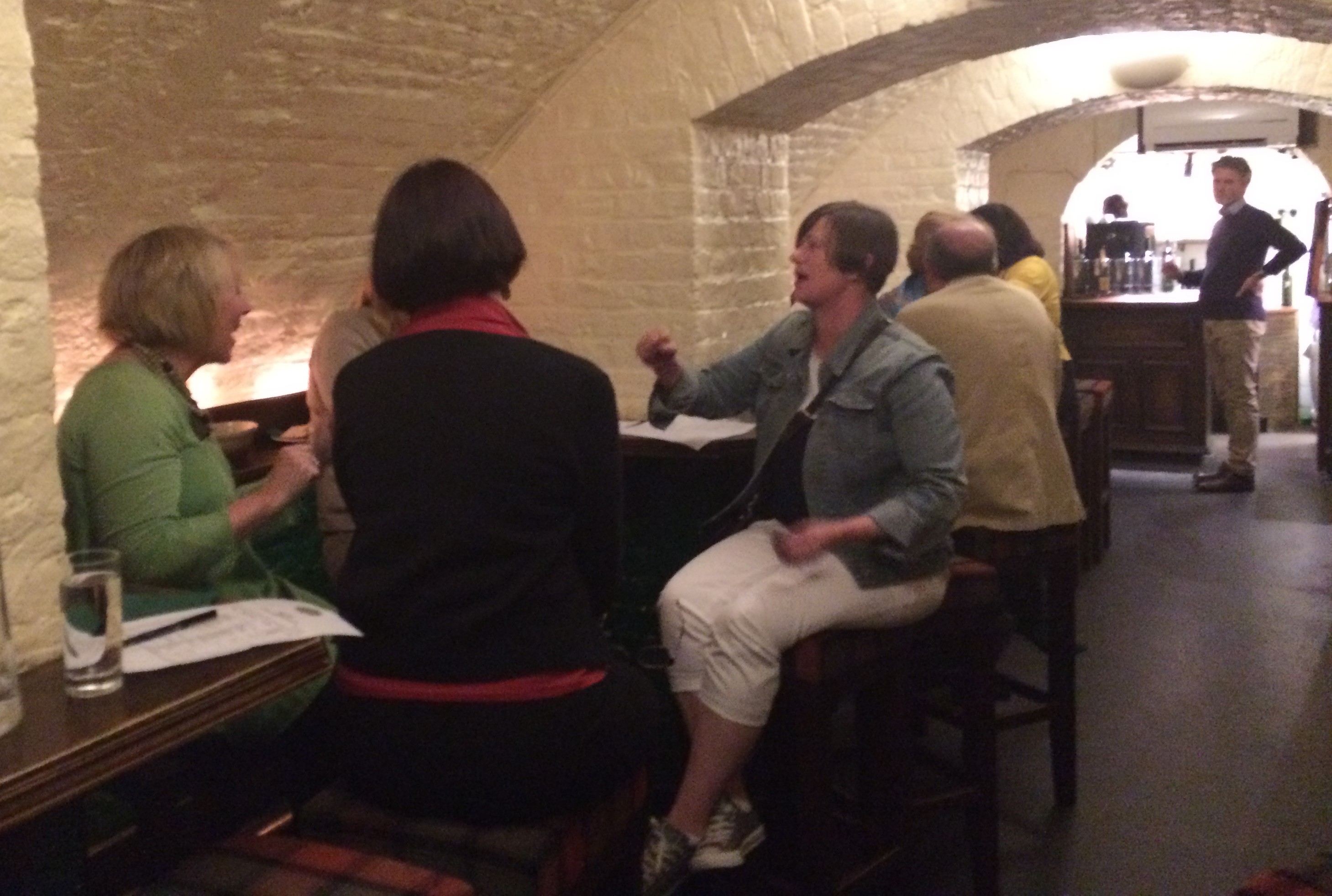 Our parents should have organised a strike. If tests for seven-year olds are dangerous enough for parents to organise a strike, a blind wine-tasting for medical journalists should precipitate little less than armed insurrection. In the end, there was little to fear – except losing your reputation as an aficionado of oenology. 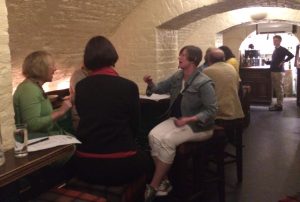 A happy score were greeted at the Wine Library in the City with a welcoming glass of house fizz (no questions asked). The Wine Library is unique. It’s a wine shop that has been run for over three decades in a cellar in Trinity Square. You buy a bottle, they open it and provide food. For the MJA evening they had lined up eight wines for tasting (four red, four white) and provided a smorgasbord of cheese imported from Boulogne, home-made pates and terrines, and delicious bread.

The hard bit was identifying the grape variety, country of origin and vintage of each wine. Sneakily, they had all been decanted into identical bottles so you got no clues from the shape — and 28 points were at stake. A hard night’s sipping, rolling round tongue, and sucking air in through pursed lips revealed that we were collectively, well …not bad. 15/28 was the highest score.

But at the end of a night when no-one spat it out, we didn’t really care. We had all had a jolly good time.

Should we do it again? In London, or in Manchester, Leeds or Cardiff. You tell us. The EC is keen to enliven our calendar of events and are planning a mix of social gatherings and meetings focusing on career development and networking and we would love to hear your thoughts.

Some of the suggestions currently under consideration are a meeting on how to write a book and get it published and five-a-side football. Or are you after something meatier such as background briefings on emerging issues such as immunotherapy or biosimilars?

Another suggestion is to focus on different groups within our membership. With so many journalists now working as freelancers we thought you might like some sort of freelancers’ fair which would provide a chance to socialise and network, but also have different experts on hand to provide advice on fees and finding new markets, VAT and tax and maybe even a hair and make-up artist and photographer for members to update their byline pics.

Maybe you would like to learn how to build a website? Or whether you can make money from blogging?

Please use the comments button below to let us know what events you would like to see in the calendar this year.