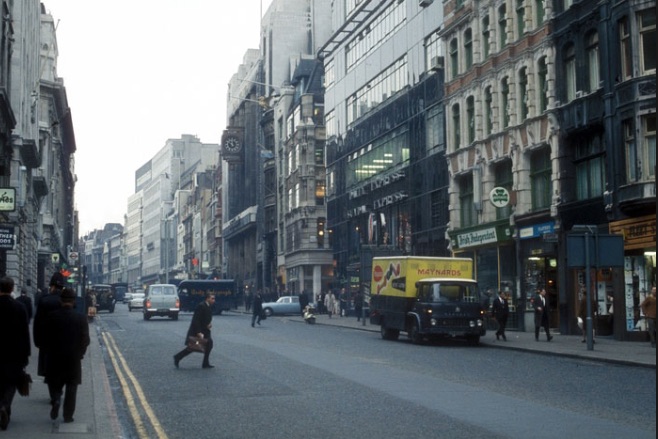 August 5, 2016 marks the end of an era — the last journalists working on Fleet Street will leave ‘The Street’. 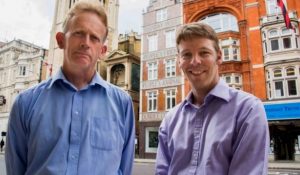 The last journo’s on The Street: Gavin Sherriff and Darryl Smith. Picture: BBC

The last men standing were reporters Gavin Sherriff and Darryl Smith, who worked for the Dundee-based Sunday Post, as the BBC reports.

The MJA was born on Fleet Street — or to be more precise, just off it, in the cellars of Ye Olde Cheshire Cheese.  Our  first meeting, on February 1, 1967, attracted 48 founder members who paid two guineas (around £2.10). You can read John Illman’s brief history of those times, here.

To an outsider, it may seem incongruous that an organisation promoting health and medical journalism should be born in a pub — but pubs, as any journalist of a certain age will tell you, in the days before bean-counters took over the asylum, is where careers were made, and sometimes tarnished. 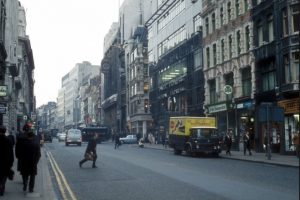 The Punch, Poppins, the Tip’, Mucky Duck, Stab (in the back) were the places to meet for a moan, and a laugh. Does anyone know how many  had a phone extension so the news desk could summon a reporter, or the night deskcould  nudge subs to return from their break? The Stab (aka Red Lion in Fetter Lane, a Mirror ‘local’) had an office ‘hot-line’ as did Poppins (The King & Keys, next to the Black Lubyanka, and second home to the Express.

Did you work on The Street? What are your fondest memories of those times? Do you think newspapers have suffered since offices have been scattered across London?