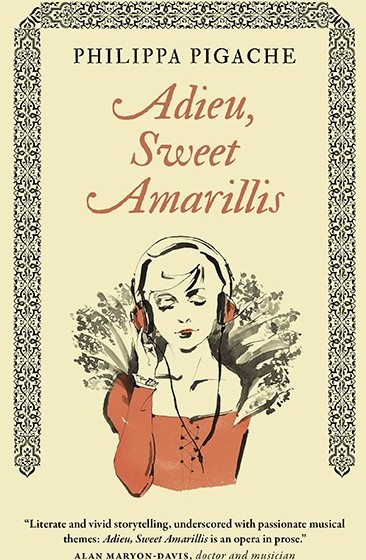 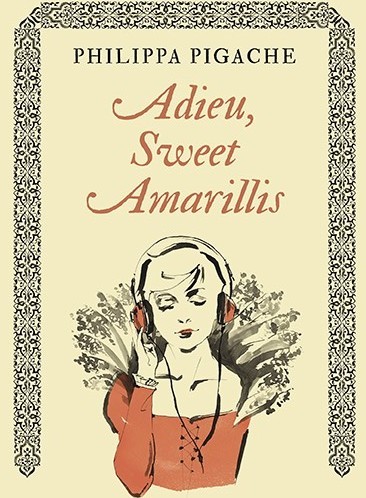 “Adieu, Sweet Amarillis, is my first novel, and I have published it myself, with a little help from friends in the MJA and self-publishing specialists. Member Alan Maryon-Davis has kindly read and reviewed it (see below). You can find it in bookshops, on Amazon and all the usual places, and obviously I hope some of you may like to read it. The title is taken from a madrigal by John Wilbye, published in 1598, and yes, that is how he spells Amarillis.

“If any member would like to put a toe in the water before buying the book, I would be happy to send just the first few chapters in Word. If you think you might actually be able write a review, either in print or online, I would be eternally grateful, and a review copy of the paperback can be supplied. Just contact my website ().

The parallels and contrasts in this first novel are intriguing from the outset. Partly set in the late 1930s, with Britain in the depths of depression and Europe on the brink of war – and partly in 1992 when the country was again gripped in a chronic recession and John Major signed the Maastricht Treaty – Pigache has woven an intricate tapestry of passion, pain, love gained and lost – with a dark thread of mystery.

Perhaps ‘tapestry’ isn’t quite the right word because the theme throughout is music. The novel centres around Anna, a retired BBC music producer, now in her seventies, facing a terminal illness and reminiscing about her colourful youth. She harks back to 1938 when, as an 18-year-old operatic soprano student, she becomes captivated by the creative and sybaritic atmosphere at Millwater, the country retreat of a charismatic middle-aged violin professor and composer, Roland Fredricks.

Fredricks is an impetuous, passionate, lustful, heavy-drinking diabetic Svengali to Anna’s ingenue Trilby, and they soon become entwined. He is also a husband and father, with other lovers on the side – and things rapidly become dangerously complicated – especially when he dies unexpectedly in mysterious circumstances at a time when he and Anna are working together on a new opera, the Adieu, Sweet Amarillis of the title.

All this is revealed in flashbacks interspersed with complex early-90s goings-on featuring a somewhat jaded, middle-aged publisher/writer, Jonathan, trying to piece together Frederick’s life-story for a centenary biography, whilst developing a liking for Anna’s worldly student granddaughter, Ros. You see what I mean by ‘parallels and contrasts.’

Pigache’s writing is rich in detail and nicely observed scene-setting. She unfolds the story with dexterity and pace, and she has a real knack for getting inside the heads of her characters. This is literate and vivid storytelling. Adieu, Sweet Amarillis is an opera in prose.

Philippa Pigache has been a journalist for more than 50 years, and, In her time, has covered everything except crime and sport. She also writes books, plays and short stories. She has been on staff of local newspapers, magazines, national newspapers, radio and television, including the Sunday Times, Daily Mail, Daily Mirror, the Guardian, ITN and BBC science features. She was quiz-queen for Cosmopolitan, agony auntie for Woman’s Realm and, since the 1990s, she has written on medical science for specialist magazine. She has authored several medical self-help books. She has won awards for journalism, books and fiction.