Enter the 2019 Medical Journalists’ Association Awards. A trophy, £750 and kudos to the winners 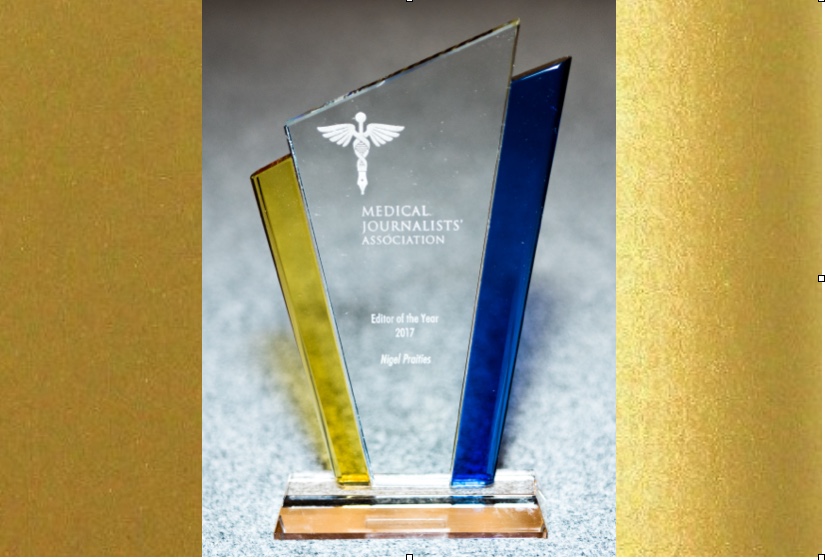 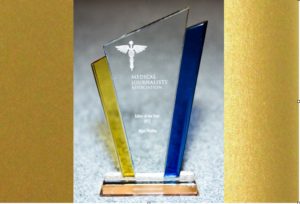 The premier prizes for health and medical journalism, the annual Medical Journalists’ Association Awards are now open for entry.

The deadline for entry is midnight Wednesday March 13

With the addition of the new Dr David Delvin Award for Sex and Sexual Health Journalism there are 16 categories, as well as the Outstanding Contribution Award for the best of the best.

There is also a trophy and additional £1,000 for the Outstanding Contribution Award, which is supported by our principal awards sponsor, Bristol-Myers’ Squibb.

Winners will be announced at the awards ceremony at the Barber-Surgeons’ Hall on June 12.

For the second year, the MJA,  will also present an award for the Media Campaign of the Year. This award, which is supported by the Healthcare Communications Association, recognises excellence in communications materials produced  for journalists by a communications agency or in-house communications team.

As the only award for health-related press materials which is judged by journalists, for journalists, this award highlights the agencies and communications teams who really do understand what journalists want.

The deadline for the Media Campaign award is midnight on April 17.  Click here for guidelines and online entry.

Click here to view highlights of the 2018 MJA Awards