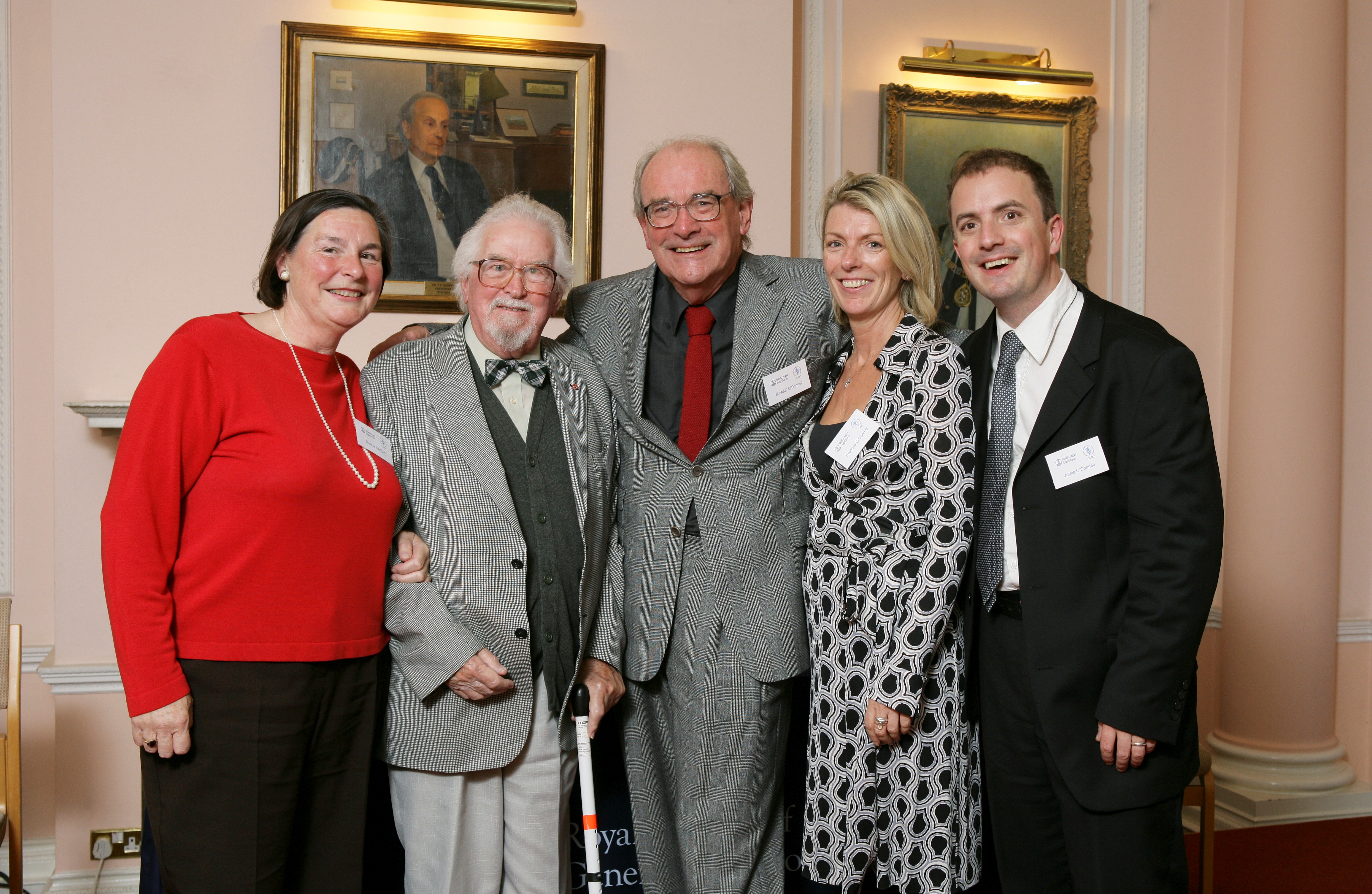 Geoff Watts worked for Michael O’Donnell at World Medicine for seven years, first as Science Editor and later as Deputy Editor. What follows is a lightly edited version of the appreciation of Michael’s life he gave at the funeral in Guildford Crematorium on April 29.

Michael was, by training, a family doctor: a GP. And he practised as such for a decade. But doctoring alone was never going to provide the territory required for a mind so sharp, so sceptical and so playful. The territory had to expand to accommodate it: hence the writing and broadcasting and speaking on this and that and everything else. In print, on radio and television, in lecture halls or after dinner: reeling off gossipy anecdotes, puncturing pomposity, raising laughs, making points that needed to be made. It might be trying to get a word in edgeways on Radio 4’s Stop the week with Robert Robinson; or chairing the station’s panel game My Word with Frank Muir and Dennis Norden, or presenting his radio series Relative values; it might be writing a column in the BMJ, or introducing a TV documentary, or penning a novel; it might be speaking to a local medical society; it could even have been trying to talk sense into the General Medical Council.

The writing and all the rest of it were not always or wholly rooted in medicine; but mostly, of course, they were. And not solely for laughs. Michael had a rare and effective understanding of the difference between being “serious” and being “solemn”, and how you could be the one without having to become the other: a bookie rather than a bishop, as he liked to put it.

And what he practised as an individual he also deployed from the mid 1960s to the end of the 70s as the editor of World Medicine, still remembered with affection by doctors old enough to recall it. And, of course, by the staff, because Michael, bedsides being a great editor, was a kind and generous employer. Financially successful, the magazine was a mystery to its publishers, a haven of free expression to its staff and freelancers. It was a forum in which Michael’s fictional alter ego, Dr Finbar O’Flaherty, could round off an issue with their jointly held but singular view of medicine and the world. It was through the imagined antics and opinions of Dr O’Flaherty that Dr O’Donnell expressed a lot of what he thought about things medical and otherwise.

Michael had a mischievous sense of humour. World Medicine started life as the UK version of a very straight-laced American publication called Medical World News, a sort of medical equivalent of Time or Newsweek but rather less stimulating. It was owned by the US publisher McGraw Hill – which watched with growing puzzlement as its bastard child, driven by Michael, departed in almost every respect from its sober parent. Although the magazine was jointly owned with the UK company IPC for much of its life, it was McGraw Hill that handled the business administration of World Medicine. (And incidentally Michael soon learned how to play off one half of the board against the other, to get his own way.)

Anyway, at some point McGraw Hill decided that its senior staff should no longer cross the Atlantic in business class. Henceforth it had to be economy. This edict should, of course, have included Michael. But it was not much to his liking. So on his next trip he once again duly booked a business class ticket. Having done so he learned that the magazine’s American publisher was, by chance, booked on to the same flight – but in economy. A lesser man might have changed his class or changed his flight or at least kept his head down. Michael did none of these things. Once airborne he summoned a member of the cabin grew and requested that a drink, in his name and with his compliments, be served to the passenger in whatever-it-was seat in economy. The publisher. He got away with it, of course. Michael usually did. He had charm.

Despite a disdainful attitude to most medical politics, Michael and World Medicine became closely involved in the late 1960s when many doctors grew increasingly resentful of the body that governed them, the GMC. Michael viewed the GMC as fusty, out of touch, and wholly undemocratic, and suggested that doctors might force reform by withholding its newly introduced annual fee. The ploy worked. The eventual outcome was a more democratic GMC to which Michael himself was elected time and again, and within which he continued to press for change. This was Michael being serious….but solemn? No way. Following his return from GMC meetings I relished the scurrilous verbal portraits he would paint of the behaviour and attitudes of some of his more self-regarding but less enlightened fellow Council members.

When it came to hiring new staff, Michael seemed to have only one rule of thumb: do I like this individual? Precisely how their talents would be deployed was almost a secondary matter. One consequence of this was that he seldom fired anyone. Or just one person, so he claimed. Another was that working for World Medicine, either on the staff or as a regular contributor, was a bit like belonging to a club, of which Michael was the host. The inevitable happened: World Medicine was Michael, and Michael was World Medicine. This was fine while it lasted, but left any successor as editor in a hopeless position.

One remarkable thing about Michael was how little he changed as he aged. He slowed down physically, of course – a lot – but mentally he kept going. This struck me most forcefully a couple of years ago when we were having lunch somewhere, probably the Garrick. For reasons I never completely understood Michael’s regular haunt in World Medicine days used to be the Leicester Square Steakhouse about 4 or 5 minutes walk from the office, where I had countless lunches with him. Some 40 years on it occurred to me that his witty, gossipy, anecdote-spattered and utterly irreverent conversation was pretty much identical to the way it had been in the old steakhouse days, long since gone. It was the same Michael still hammering away at the current manifestations of all his old bugbears.

I hope that we gave Michael as much pleasure as he gave us. But I don’t think that was possible.