A practical guide to the law of medical treatment decisions, review by MJA member John Larkin 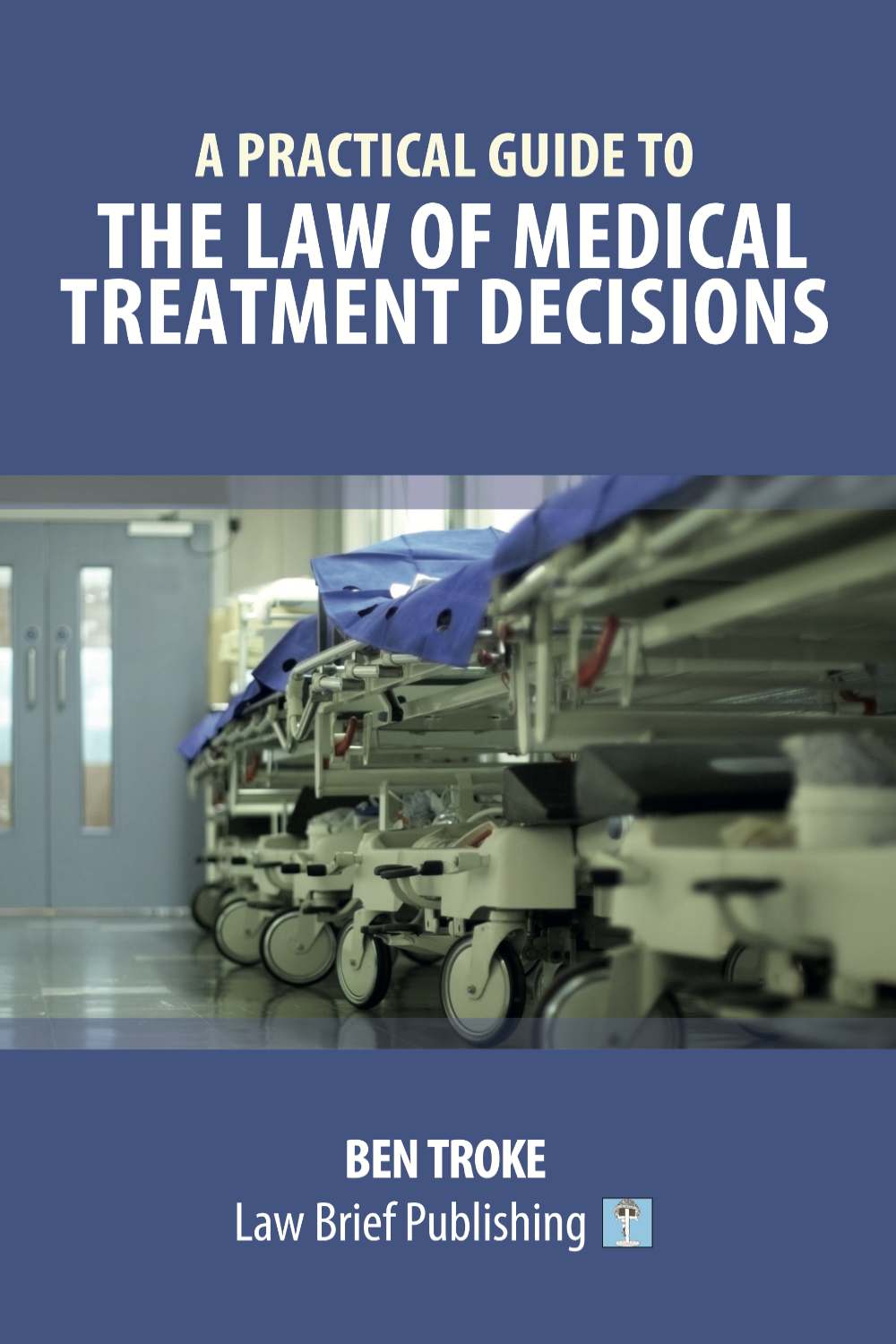 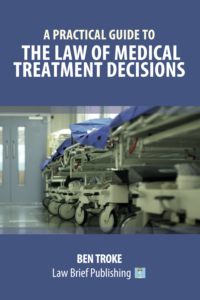 This book was rather excellent.

I must admit to some trepidation, offering to write reviews for a society of journalists. However, Ben Troke, author of A Practical Guide to the Law of Medical Treatment Decisions, is targeting an audience of clinicians (and patients), and my forty years as a hospital physician seemed to fit the bill.

There is a danger of this being a dry subject, but I quickly warmed to Troke’s easy writing style – clear explanations and a light touch. Was I biased? A long-time NHS Trust lawyer – he was on our side! But he soon dispelled this combative notion. Law and Medicine isn’t all about accusations of negligence and being sued. It’s often about decision-making, balancing two differing (not necessarily opposing) viewpoints, and finding what is best for the patient.

In Chapter 1, he sets out his three main themes:

Subsequent chapters do not deal with these separately, each instead sliding sensibly into the next, the themes surfacing as recurrent motifs. His overall approach is conciliatory. As an example, autonomy, while increasingly ‘trendy’, is not seen as an overriding directive. Myths and misunderstandings are dispelled with gentle firmness, simple analogies, and the occasional reductio ad absurdum. Yes, you get to decide your treatment, but only from what is offered/available/appropriate. “I cannot walk into my local hospital, fit and well, and demand a knee replacement.”

Consent to the clinician’s planned treatment is next. The status of DNACPR forms and other “advance” patient decisions is explained. All written in a fashion accessible to any general reader. Some advice however – such as doctors now telling a patient ‘what any reasonable patient might want to know’ rather than just ‘what any reasonable doctor would tell them’ (“Montgomery”) – is clearly aimed at medics.

Consent leads onto “capacity” to give such consent. The nugget here is that “capacity” is not a general condition, but that patient’s capacity to make this decision. So, best assessed by the doctor in charge of their case, rather than some random psychiatrist. Another nugget: an unwise decision does not = lack of capacity. You decide whether a patient has capacity, and if not, decide what is in their best interests. You do not decide that it is in their best interests to be found incapable.

We next visit Powers of Attorney, and what these actually mean, before the sticky subject of children’s autonomy is approached. I remember Victoria Gillick (1984!) who argued, invoking parental responsibility, that she could stop her GP prescribing the oral contraceptive to her young daughter. Court after court decided that a young teenager, able to make rational decisions, was “Gillick competent” (a later phrase) and able to decide for themselves.

Chapter 7 finally addresses conflicts. Some “dryness” here – lists and processes – but also good advice for everyone called to speak in court (right down to “bring a book!”). Again, not adversarial, but a “Court of Protection” which ‘decides’ what is best for the patient. Often the Law is clear (not always) but a sympathetic approach, the two sides working together, seems the norm.

The final chapter is a nice thought, summarising the Law’s effects on each party i.e. it outlines for the adult patient their rights, what to expect, what best to do. Then does this for underage patients, then family, then doctors, and finally lawyers!

Throughout the book, many developments are outlined and explained with illustrative court cases. We gradually become familiar with the aims of the Mental Capacity Act (2005) and The Children Acts (1989, 2004) – with the occasionally complicating aside that the former defines adults as aged 16+, and the latter as 18+. This does lead to an abundance of footnotes and one wonders if separating court case references at the end might further improve readability. All information refers to England & Wales, and while some differences in Scotland and NI are noted, one cannot assume that everything else is the same. A half-chapter and appendix on the effects of Covid19 keep things bang up to date.

A good book for clinicians and those working in “mental health”. Also any interested observer. So enjoyable, I’d read it in less than a week, then keep for reference. As for medical journalists, I genuinely suggest the same approach.

All about best decisions, not confrontation.

The MJA is always looking for members to review books find out more and complete our reviewers’ form.