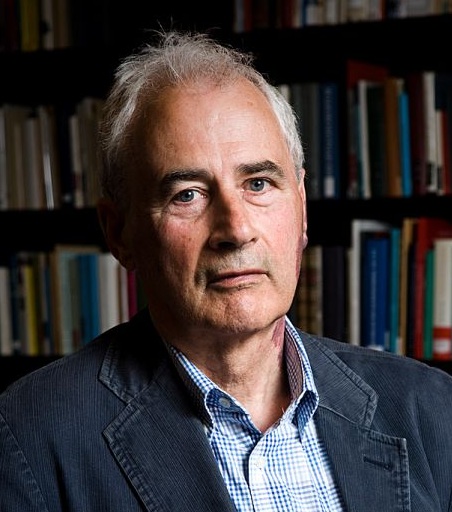 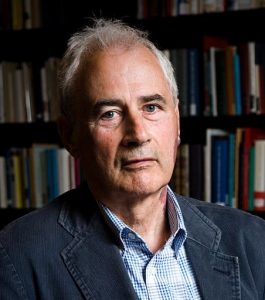 Sixty years ago medicine was the most publicly silent, and privately critical, of professions. Medical debate had been restricted largely to learned journals, medical common rooms, scientific symposia and Royal Colleges. Editors had not recognised the extent of public interest in health.

Oliver Gillie, one of the foremost medical journalists of his generation, helped to expose it to public scrutiny.

A media story as big as man’s first steps on the moon (in 1969) accelerated this process. In 1967, a year before Oliver began his journalistic career as assistant editor on Science Journal, Professor Christiaan Barnard carried out the world’s first human-to-human heart transplant in South Africa. Heart transplants are now routine, but in the 1960s many people thought they could not, or should not, be performed.

It was the most controversial surgical operation in history and made Barnard the most celebrated name in medicine and surgery since Hippocrates, more than 2000 years ago. Media profiles compared his boyish good looks to those of TV’s Dr Kildare and and US President John F. Kennedy.

More seriously, the operation prompted a new kind of medical reporting, taking in ethical and social issues and ushering in a new style of debate. Doctors were publicly seen for the first time to have conflicting views.

This did not occur in a vacuum. It was part of a general trend — symbolised by the revolt of the Swinging Sixties — The Rolling Stones, The Beatles, student uprising, the civil rights movement, women’s liberation, satire and the advent of the contraceptive pill, the driver of the sexual revolution. Nothing, it seemed, was sacred anymore. 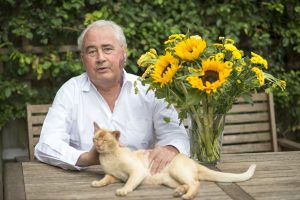 With hindsight it seems that Oliver’s career (and mine) were well-timed. He had a meteoric rise. He became editor of GP in 1971 and two years later, after only four years in journalism, moved toThe Sunday Times. The paper’s Insight team exposed the thalidomide scandal. Thalidomide was to medical journalism what Watergate was to politics. Medicine and big pharma had never before been exposed to such intense journalistic scrutiny.

Although Oliver was not involved in the thalidomide coverage, he learned much from it. As a specialist he broke his own exclusives. The so-called Burt Affair was among the most notable. Oliver reported evidence that the late Sir Cyril Burt had published false data and invented crucial facts to support his controversial theory that intelligence is largely inherited.

Described as the 20th century’s most sensational charge of scientific fraud, the claims rocked the educational establishment. Burt (1883-1971) had been the pre-eminent figure in British psychology. Known as the father of educational psychology, he had popularised IQ tests in the UK and was on the committee that had devised the socially divisive eleven-plus examination. His research affected schools policy for nearly 50 years.

Burt’s formidable supporters accused Oliver of irresponsible sensationalism. They included the German-born British psychologist Hans Eysenck, internationallyknown for his study of intelligence and personality; and Arthur Jensen, professor of educational psychology, University of California, and another global leader. He had asserted that IQ tests were valid measures of intelligence that did not discriminate against “blacks or other minorities”.

But Oliver extended his attack. In the second of his 13 books, Who Do You Think You Are: Man or Superman: The Genetic Controversy, also published in 1976, he accused Eysenck and Jensen, among others, of “albeit innocently, reinforcing racist, sexist and elitist prejudices”. The book included provocative chapter titles such as Hereditarians and IQ: The Great Brain Robbery.

In what was perhaps a reflection of his Quaker roots and values, Oliver wrote: “These men have fostered the view that humanity is a hard machine, programmed to develop according to a predetermined genetic code. But we are not slaves of our biological inheritance. We can change our environment and eventually our lives.”

Changing our environment and lives meant respecting our bodies. Oliver had an evangelical zeal about healthy living long before it became fashionable. His philosophy was summed up in The Sunday Times Book of Body Maintenance (1978). Ahead of its time it promoted a radical reorientation of public attitudes to health, with the emphasis on prevention.

But Oliver was remarkably tolerant — he was, after all, the son of a pacifist and a Quaker. Marjorie Wallace, a former member of The Sunday Times Insight team and founder of SANE, the mental health charity, sat opposite him for several years. She recalled lunchesin a Greek ‘greasy-spoon’. Oliver always opted for the healthy salad. “He was horrified tosee me tucking into eggs and chips,” she recalled. “I used to joke, ironically, that he would die before I did. He enjoyed the joke, despite himself.”

As editor of GP in 1971 Gillie was similarly affronted to share a small office with a hardened smoker — me — but again he was remarkably tolerant, telling me I would give up the habit, as I did.

Oliver John Gillie was born in North Shields, Northumberland. His father was a nautical instrument maker and an ophthalmic optician who designed a number of patent instruments for ships. An active Quaker elder he was also a pacifist, a position he maintained throughout the war. His mother, Ann, was a nationally known artist. Oliver was one of a family of four boys, including a step-brother,

He became a boarder at Bootham school, in York, a Quaker institution that “actively encourages the habits that promote good mental and physical health”. As an adolescent Gillie may have defied the Quaker stereotype, according to Colin Brewer, the former psychiatrist and longstanding MJA member. Colin recalled: “He was my bedroom prefect at Bootham and very popular. I recall that most evenings he read us passages from what were regarded in the mid-1950s as risqué books.”

Oliver had film-star like looks despite a large strawberry birthmark on his face. Women still found him very attractive, but in his adolescence it made him feel gauche and cost him, he believed, a place at Cambridge. He wasinterviewed by a don with an even worse birthmark than him. Summing up the pain and anguish of disfigurement, he said: “Someone with a crippled face does not get the sympathy of someone with a crippled leg… I understand how, with people uglier or more marked than myself, it can erode the mind like the drip of water on a stone.”

Oliver attained a first class degree in natural sciences and a PhD in genetics at Edinburgh University and a Fulbright scholarship at Stanford University, California. He seemed set for a high-flying academic career, spending five years until 1968 working for Sir Peter Medawar, a joint Nobel prize winner in 1960 for his work on graft rejection and the discovery of acquired immune intolerance. But Oliver had developed a passion for writing for a general audience. By the late 1960s he was working on his first book, The Living Cell (1971).

After establishing a formidable reputation at the Sunday Times he became medical editor of the newly formed Independent newspaper in 1986 and launched the first national newspaper health page. Rapidly copied by rivals, this was not his only journalistic innovation. At GP he had became the first editor of a family doctor ‘giveaway’ to introduce a medical news section. There had been an irrational and bizarre perception that doctors would regard medical news as beneath them, but news became a mainstay, especially news about money.

Oliver’s career at The Independent included spells as deputy editor of The Independent magazine and as a special correspondent. In I994 he left to freelance, working on special projects for UNICEF, books and commissions for national newspapers and drug companies.

The latter part of his career was dominated by his passionate campaign to persuade us all to take Vitamin D. He wrote: “Advice from Cancer Research UK and government to avoid the sun have almost certainly increased risks of vitamin D insufficiency and associated illnesses which probably includes cancer, cardiovascular disease, multiple sclerosis and much more. Advice on sun exposure and use of vitamin D supplements is still woefully in adequate.”

A winner of 13 awards and the recipient of the Royal Jubilee Medal by the Queen, Gillie was a measured, grounded, thoughtful, kindly man who used words with forensic

forensic precision and care. Like many campaigners he may have become over-zealous in his advocacy of vitamin D. But friends insist that without his determined drive and vision, there would be significantly less public awareness about the critical role of vitamin D in preventive health. In 2014 and he became one of the few people to be presented with the MJA Lifetime Achievement Award.

A strong advocate of evidence based medicine, Gillie persuaded scientists, including Professor Julian Peto, of the London School of Hygiene and Tropical Medicine, to run clinical vitamin D trials. Oliver was on the committees guiding the VIDAL trial into the benefits of vitamin D in the over 65s and the trial of vitamin D for early schizophrenia.

His career went full circle, beginning and ending with science. The journalism in what was a long-middle honed his communication skills, making him a highly effective crusader against ‘sunlight robbery’.

He was married twice, firstly to the film-maker, Louise Panton. They had two daughters, Lucy and Juliet. He later married Jan Thompson, managing editor of Guardian News and Media. They had two sons, Calder and Sholto. All survive him.

Oliver died from lymphocytic leukaemia on May 15 aged 83.

The Guardian also published an obituary on Friday May 21, 2021

Do feel free to leave your memories of Oliver in the comments to this obituary.