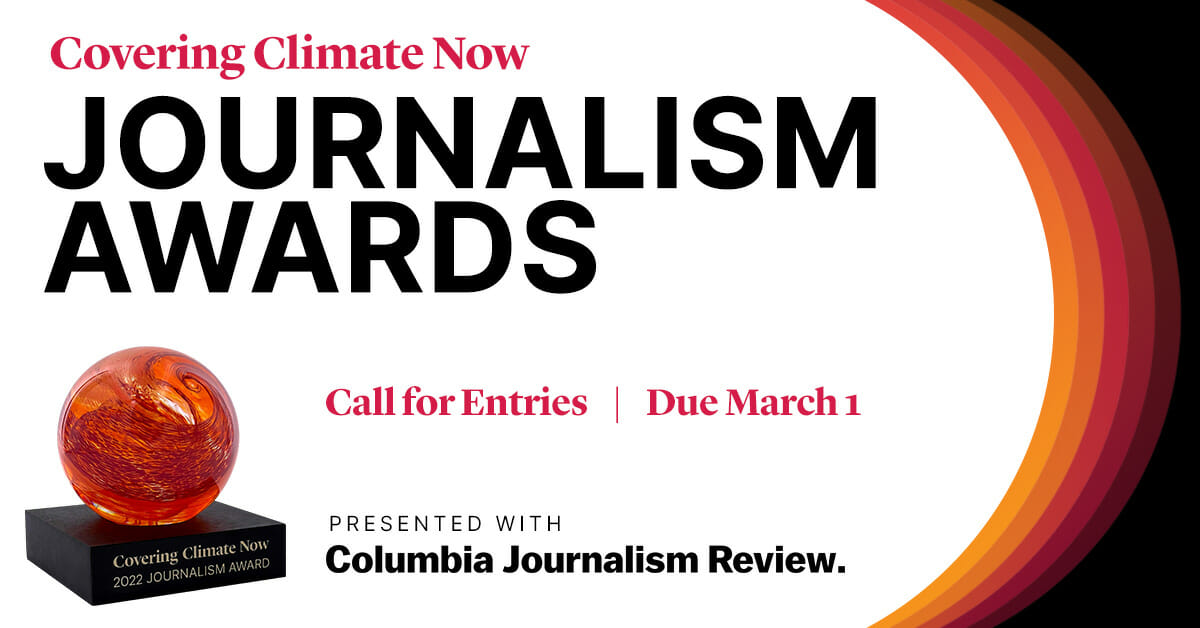 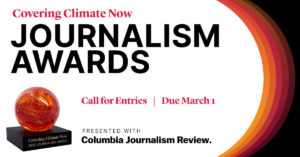 Covering Climate Now has just launched the second annual Covering Climate Now Journalism Awards, presented with the Columbia Journalism Review, and is inviting journalists from across the newsroom to submit coverage from 2021 for consideration. The deadline is March 1, and there is no fee to enter. You’ll find details on the CCNow website, including the submission form.

One winning story on health impacts last year was reported by Jeff Goddell for Rolling Stone titled How Climate Change Is Ushering in a New Pandemic Era. This fascinating story explained how climate change is driving habitat destruction and species migration, leading to a new wave of pandemics. Other winning entries included exemplary coverage by the Guardian, Reuters, Agence France Presse, ProPublica, The Nation, CNN, and more that were showcased in a special program streamed on NBC News NOW and hosted by NBC News correspondents Al Roker and Savannah Sellers.

We look forward to submissions from health journalists who are bringing these important climate change stories to light.