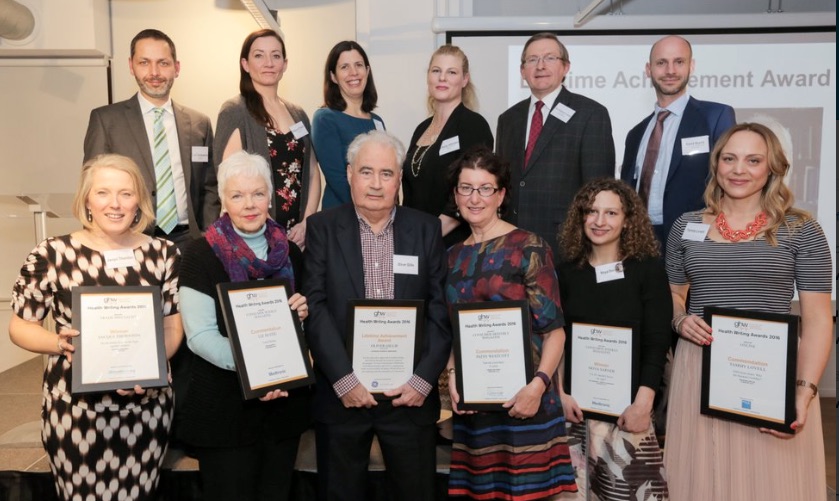 Dr Oliver Gillie has been awarded a Lifetime Achievement Award by the Guild of Health Writers.

Guild president, Dr Carol Cooper presented Oliver with the gong for his lifelong commitment to health and medical journalism and his pioneering work to raise awareness of the importance of vitamin D.

That makes it a D-ouble as Oliver was presented with and MJA Lifetime Achievement Award in 2014. He is also an honorary life member of the MJA

A number of other members also featured in the prizes and commendations:

And don’t forget to save the date — June 23 — for the MJA Awards. Click here for the latest news on the 2016 MJA Awards, and watch the website for updates